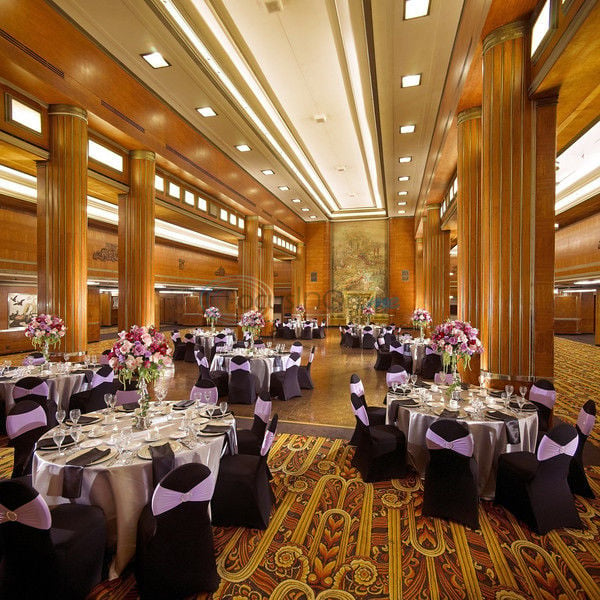 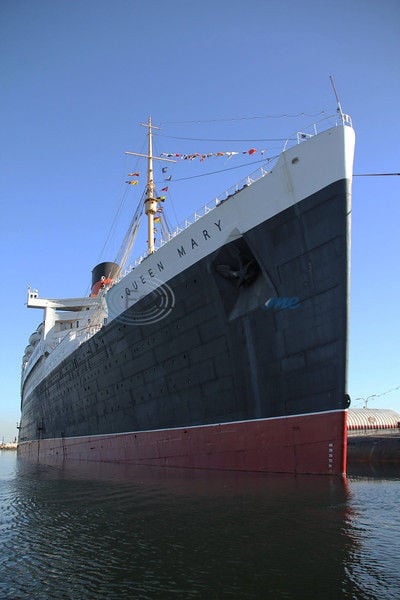 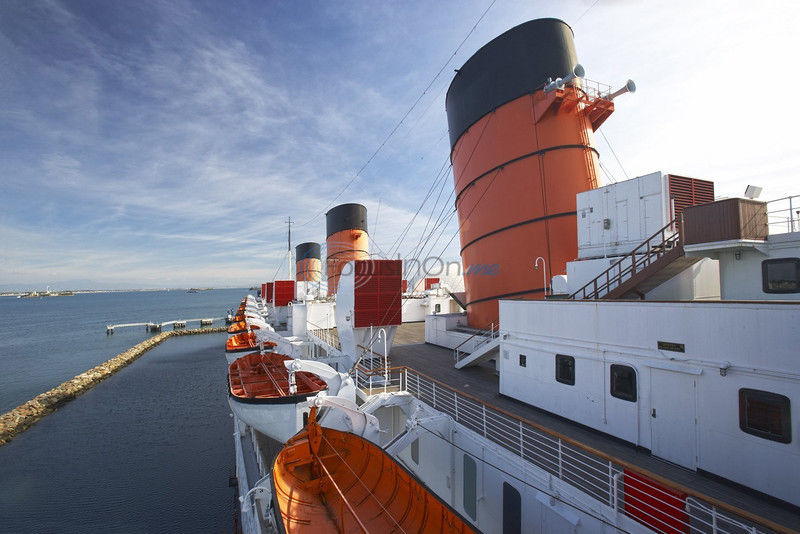 LONG BEACH, Calif. — There's a redolent whiff of sea salt and nostalgia in the air along a clutch of coastal towns in Southern California. The glamorous aura of old Hollywood and bygone eras have seeped into places both grand and seemingly ordinary.

Take Long Beach, for example, where the dowager liner The Queen Mary is permanently docked. Despite her venerable age of 77, she still commands respect and a bit of awe. Now a floating hotel, the public rooms on view are imbued with a sense of elegant opulence. The 32-foot-high Grand Salon is decorated in an art deco style influenced by the Odeon movement of ancient Greece, with walls clad in peroba wood from Brazil and the stories of Jason and the Argonauts and the Golden Fleece are etched in reverse glass inlaid with silver leaf.

Each of the 12 decks gives a peek into a life of yesteryear, with numerous photos of well-heeled and influential guests including the Duke and Duchess of Windsor, Dame Elizabeth Taylor, Cary Grant, David Niven and the estimable Sir Winston Churchill (notably far removed from the duke and duchess).

You can choose to eat in the dining room, but I "took tea" on the sundeck overlooking the bow. The "wait staff," as they are referred to, are good ol' American boys who have been steeped in the traditions of a proper British tea.

Our waiter knew for example, that for a really fine cup of tea, skim or 2 percent milk won't do (that is, if you want milk at all). Only whole milk will actually bring out the best in the leaves.

The hull of the ship, although far less glamorous, was deeply intriguing.

Plaques attached to the walls of the claustrophobic rooms gave specific names, dates and causes of deathly tales — men and women who became ill at sea and those who were buried at sea — in stark contrast to the well-lived lives that were being played out above on the ballroom floor and in the wood-paneled bars, the carpeted cabins, plush gaming rooms and two swimming pools.

At the nearby Aquarium of the Pacific, the largest in Southern California, penguins came out to play; sharks did their usual undulating turns; moray eels peeked their ugly mugs out from under rocks; otters lay on their backs as if on a sofa, paddling smoothly along oblivious to human voyeurs.

Being so close to Hollywood, a little razzmatazz was in order. During my visit in December it took the form of Santa Claus suspended in his Santa Claus suit, in the middle of a three-story-high glass enclosed tank swarming with brightly colored fish of all kinds. Watching were children and their parents. Mr. Claus was set up with a mic and asked questions by an interviewer embedded in the group of cheering children and wide-eyed adults.

Driving south one couldn't escape the surfing culture of Huntington Beach. Tanned and blond boys and girls walking along the sandy beach with their surf boards tucked under their arms, or riding the crest of a wave as comfortably as those otters, reminded me of all those beach movies of the 1950s and early '60s like "Beach Blanket Bingo" and "Gidget," or my favorite, "Where the Boys Are."

Keeping an eye on the road was difficult, but I did manage to steer my rental car safely to Costa Mesa, home to South Coast Plaza, the largest shopping mall on the west coast of the United States, and the splendid Segerstrom Center for the Arts.

In the evening I attended, Tchaikovsky and Bartok filled the concert hall with dramatic music while the building itself, with its sweeping staircase and deep peach velvet curtains, was reminiscent of the old Hollywood theatres.

The palette of soft, soothing beiges and camels allowed the red velvet seats to visually pop with sensual allure.

The Oscar for grandness, though, goes to the Resort at Pelican Hill in Newport Beach. The 78-acre, 5-star luxury sanctuary sports a Fazio-designed 18-hole ocean-view golf course and a huge chunk of Italy practically spirited away from the motherland.

The style of architecture is inspired by that 16th century master of architects, Andrea Palladia himself. Great archways and porte-cocheres and a 360-degree swimming pool that Esther Williams would have coveted seemed to blend into the wild blue Pacific; understated shades of natural stone and warm caramels dress the entire property with only the green of olive trees, towering cypress and indigenous plants to complement the pale Palladian palette.

The one disappointment for me, when I did manage a day at the spa, was the rather austere atmosphere that should have coddled and comforted.

However, that evening, I dined at the premier restaurant, Andrea, and was seduced by the hand-made pasta dish and charmed by its youthful creator, sous-chef Marco Crisuolo, who earlier had given me a private pasta-making lesson.

By contrast, tiny Balboa Island off Newport Beach is a bit like the smaller scale Hollywood sets where life in a closely knit community by the sea is played out in homes, each with a distinctly different character. I found no two to be alike. In fact, each seemed to try to outdo the other with competing holiday decorations: Santa and his reindeers atop one roof, another done up in a gingerbread motif that practically eclipsed the house itself.

The proud inhabitants greeted boardwalk passersby and neighbors with festive food and drinks. That evening I sat and watched a parade of boats sailing by, festooned with thematic designs. There was Elvis all lit up and Marilyn Monroe posing in spotlights.

As a matter of fact, in SOLA (my acronym for south of Los Angeles), Monroe was everywhere. Mugs with her face on them, T-shirts of course, umbrellas, hats, you name it — her incomparable and well-loved face epitomized the nostalgia that seemed ubiquitous.

Perhaps none was as obvious as on Catalina Island, an hour and a half boat ride from Dana Point, a few miles south of Newport Beach. It was a bright, shining day. The sea sparkled and the dolphins showed off their specular synchronization and jumps in the wake of the passenger ferry.

As we approached the island's main town, Avalon, I remembered some of the films shot there, like "Mutiny on the Bounty" and several scenes from "Chinatown."

Marilyn, previously Norma Jeane Baker, had lived there with her first husband, James Dougherty. Their modest home is still a highlight of a rambling tram tour.

But the highlight of the town for me also was the crowning glory of William Wrigley Jr.'s foray into creating grand edifices. The chewing gum magnate had fallen in love with Catalina Island in the '20s, and the $2-million, 12-story-high art deco Casino was his love child. It was created for theater, cinema and dance, not for gambling. The 20,000-square-foot dance floor could accommodate 3,000 dancers.

It remains to this day a magnet for film premieres, jazz festivals and tourists who stand in awe at the solid gold stars imbedded in the ceiling of the theater, with its remarkable acoustics and its place in history as the venue for the first sound film premiere.

That evening the island diminished in size as the ferry transported us back to the mainland. I remembered Gloria Swanson's response to William Holden's line in the film Sunset Boulevard: "You're Norma Desmond. You used to be big."

"I am big. It's the pictures that got small." said Swanson, herself one of the greatest of all silent film actors.

The grandeur of past icons still looms large in memory and imagination along the meandering SOLA coast.