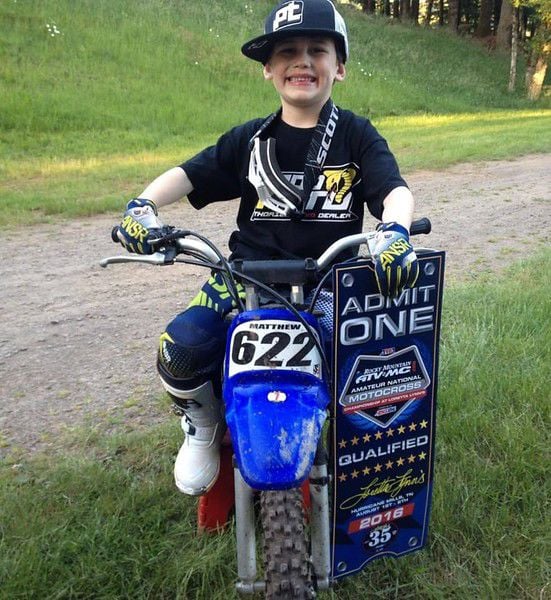 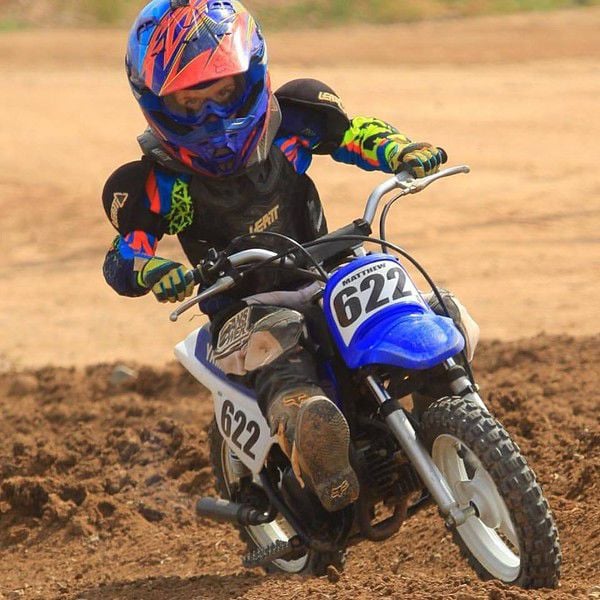 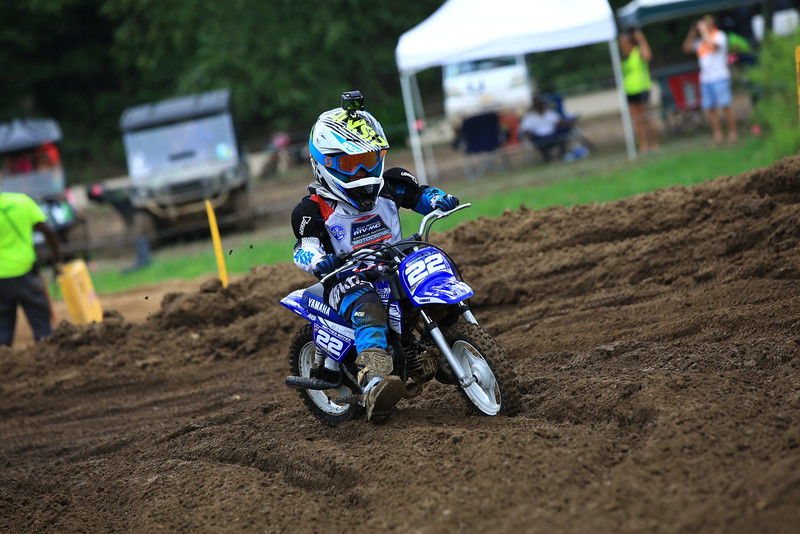 Matthew Bonner is not your average 6-year-old. This Flint native has been riding dirt bikes since the age of 2 and has been competing in motocross competitions since he was 4.

“We started with Matthew riding when he was late 2s on a Yamaha PW with training wheels. As soon as he turned 4 he wanted his training wheels off,” Matthew’s dad, Aaron Bonner, said. “I took those off and he was up keeping his balance like a pro.

“Shortly after, we decided to let him race in a local race to just see how he did racing. We were so proud of him as he completed the race and even placed. From that point he had a desire to race and get better and faster,” Aaron said.

Matthew’s love for dirt bikes runs in the family. Matthew’s dad and uncle, as young as elementary school, raced in motocross.

“My hope is this teaches him how to work hard, set goals and chase after something,” Aaron said.

When asked about safety concerns, Matthew’s mom, Kari Bonner, said it all comes down to knowing what you’re doing.

“Honestly we don’t get as nervous as we once did when he was younger,” Kari said. “He has learned how to ride properly, so that gives us comfort. Now, the nerves are more for the outcome of these big races.”

To qualify, Matthew competed at races in six states. The race he competed in was the 50cc shaft drive class, in which 30 riders, ages 4 to 6, participated.

“It was the coolest experience to race where only the best of the best race,” Matthew said. “It was awesome being at Loretta Lynn’s Ranch and even seeing her greet us the first night. It was a week I will never forget!”

He did not make it in the top 10, but just to qualify for the competition is a huge accomplishment. Of 22,000 competitors from across the nation, Matthew was one of the 1,482 to qualify.

“It rained lots and was very muddy but he went out and did his best as he raced the top 30 boys in his class,” Kari said. “He didn’t place in the top 10, but that hasn’t stopped him.”

Matthew is back on the track, practicing and preparing for the next competition.

“I hope he always finds joy and fun in this sport,” Kari said. “I can already see how it’s teaching him discipline at such a young age because he goes out there eager to do his best and be better than last time. He has already been back at the track practicing and working on things to improve for his goal to go back next year and win.”