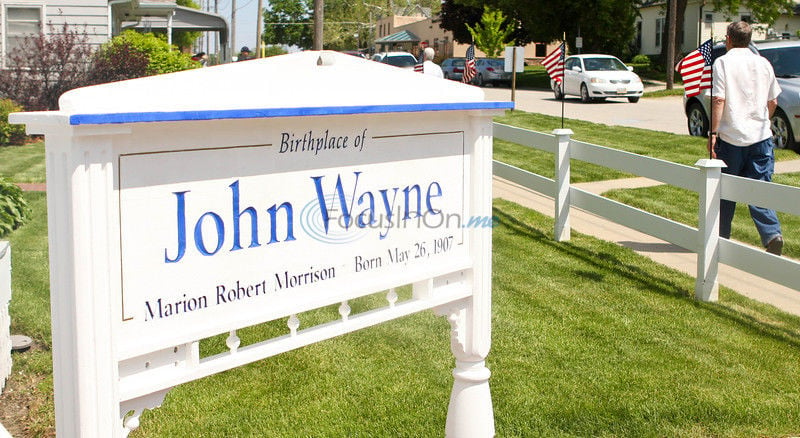 The birthplace of John Wayne is open daily in Winterset, Iowa. Jake Waddingham/Correspondent 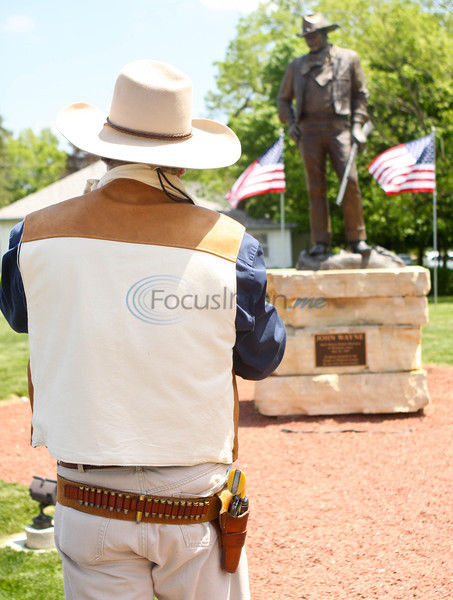 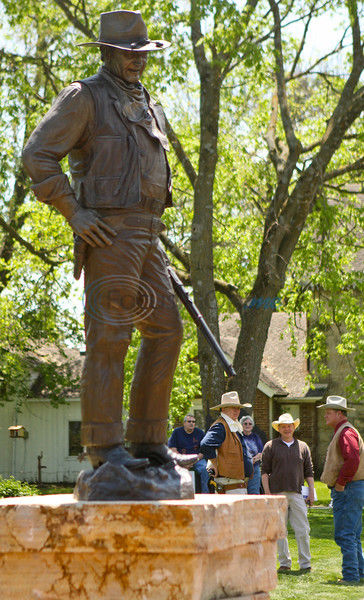 Jake Waddingham/Correspondent This statue of John Wayne will be in the middle of a courtyard of the proposed John Wayne Birthplace Museum. Construction will start as soon as significant funding is raised. 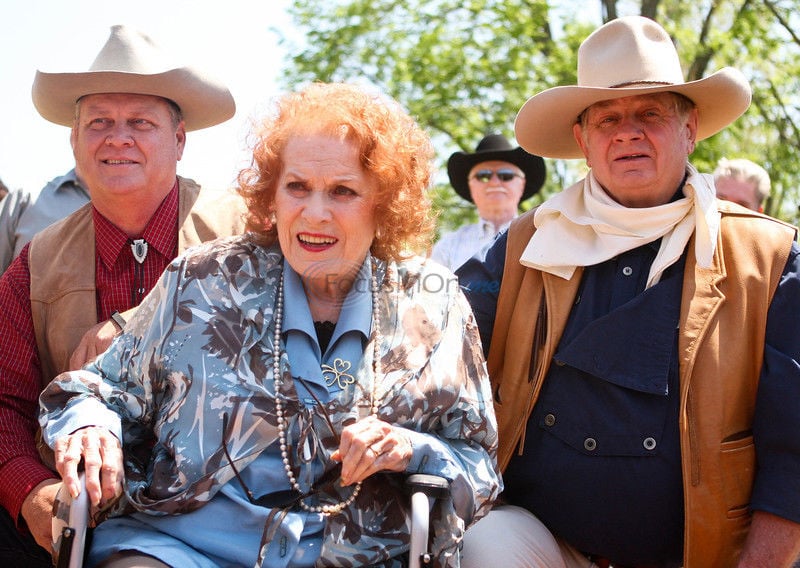 The birthplace of John Wayne is open daily in Winterset, Iowa. Jake Waddingham/Correspondent

Jake Waddingham/Correspondent This statue of John Wayne will be in the middle of a courtyard of the proposed John Wayne Birthplace Museum. Construction will start as soon as significant funding is raised.

WINTERSET, Iowa — Every year, more than 40,000 guests from across the globe flock to Winterset, Iowa, to visit the birthplace of legendary Hollywood actor Marion Robert Morrison, better known as John Wayne.

As groups of visitors move through the quaint four-bedroom house, the time they have to look over the memorabilia arranged around the house is limited.

It's a problem executive director Brian Downes wants to fix by building the John Wayne Birthplace Museum. The $1.5 million project will give fans a more in-depth experience.

In an effort to raise some of the funds required to build the museum, Downes and the staff at the birthplace planned a special surprise for fans of The Duke during a weekend celebration of his birthday on May 26.

She also attended the swing dance to meet fans and was the guest of honor at the banquet.

"She is a legend; it is almost as if John Wayne himself came to town," Downes said. "Her voice is strong, and she is still beautiful."

To compliment Ms. O'Hara at the ground breaking ceremony, impersonator and avid Wayne fan Steve Andrews dressed as The Duke in honor of the celebration.

Andrews started doing re-enactments in Colorado Springs, Colo., as outlaw Pat Duncan, but his peers said his appearance favored the Iowa native Wayne and started calling him The Duke.

"I really want to see this birthplace expanded," Andrews said. "I have donated money to them and have a brick with my name on the steps out front."

Guests asked Andrews for their pictures with him during the day's activities. When Ms. O'Hara saw Andrews, she also asked for a picture.

"I try to remember The Duke basically played himself, and that's what I try to do," Andrews said.

Another fan and former co-worker of Wayne also made the trip from Cali­fornia to join guests during the birthday celebration.

Barton Mac Leod, a still photographer of cinematic pictures, worked with Wayne during several movie productions. He said Wayne was very down to Earth to work with and enjoyed working with the same group of people, like Ms. O'Hara, over and over.

"He would turn around to one of the guys (on set) and reflect back, reminiscing on another movie and just crack up," Mac Leod said.

Mac Leod also came bearing donations for Downes and the museum, sharing some of the photography he had of Wayne. He said he does a lot of charity work with is photography, so it was fitting to share his belongings with the birthplace.

Construction on the new museum will begin as soon as sufficient funds are raised. Downes expected Ms. O'Hara's visit and the birthday weekend to be a huge contribution.

"Somebody said he hadn't learn to tie his shoes yet when he left here, but his parents were Iowans and he took that Iowa character with him to Hollywood," Downes said.

The birthplace museum is open for guests year-round, 10 a.m. to 4:30 p.m., and a gift shop is available with souvenirs as well as John Wayne collectable items.

Aissa Wayne, talking about her father said, "My father always knew how marketable he was, he knew his value as a motion picture star, but never in his life did he know how much he was loved."