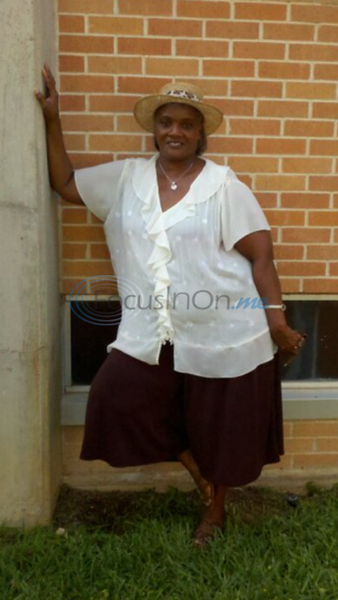 Charlsie Sessions before her weight loss. 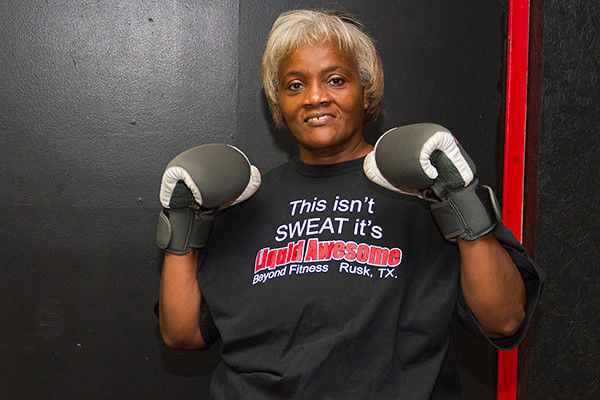 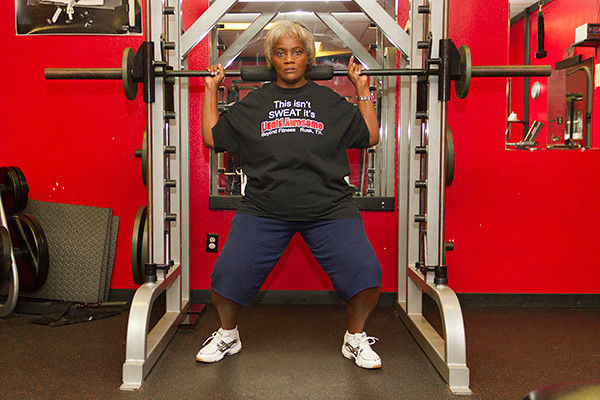 Charlsie Sessions before her weight loss.

Charlsie Sessions, 62, of Rusk, tried to hold back tears but they came anyway as she described the feeling of getting into a size she hadn't seen in up to 20 years.

Since September, the widowed grandmother has lost 44 pounds, just six pounds shy of her 12-month goal, with about three months to go. And when she meets that goal, she said she wants to lose another 40.

Mrs. Sessions has been an inspiration for people at her gym.

"She couldn't even walk without running out of breath and now she's sprinting and doing classes that younger people would do," said Jenny Pratz, co-owner of Beyond Fitness. "She's awesome."

Today, she easily walks up flights of stairs instead of taking the elevator. She's also taking spin classes and lifting weights. She said she has never let her age or fitness level distract her from her goals.

"It was a bigger challenge for me, but what got me motivated, I believe, is coming to Beyond Fitness and working out with the group, people 20, 25 years of age," she said. "It really motivated me. It made me say, ‘If they could do it, I could do it, too.'"

The key is going at her pace.

"I don't perceive myself to do exactly what they can do but I'll give it a shot," she said. "If I can't do it, I'll leave it alone and go to something else that will get the same end result."

Mrs. Sessions has had no health problems leading up to her weight-loss journey, but she knew it was only a matter of time if she did not change her lifestyle. Her mother had type 2 diabetes and her sister was diagnosed last year.

She joined the gym to participate in one of its weight-loss challenges, which has many participants losing up to 20 percent of their body weight. Together, about 50 people have lost 716 pounds since January. But at the beginning of this challenge, Mrs. Sessions was floored by what the scale read — 256 pounds. After the weigh-in, she sat in her car and cried.

"This is not for me. You need to do something," she recalled saying.

Before she made the decision to get the weight off, she tried crash diets, which always failed. But it didn't take much to change her way of eating. She watched her sister adjust, so did she, including eating more vegetables.

"I watch what I eat, but I don't fill my plate like a working man," she said.

She's already thinking about maintenance. When she gained two pounds recently, it made her uncomfortable.

Mrs. Sessions said individuals have to be focused and truly want to lose weight. It's the only way to accomplish the goal — at any age.

"Sixty-one is not a bad age to start a journey on," she said. "Do not let someone make you feel intimidated and that you can't do it. I have enjoyed this journey."