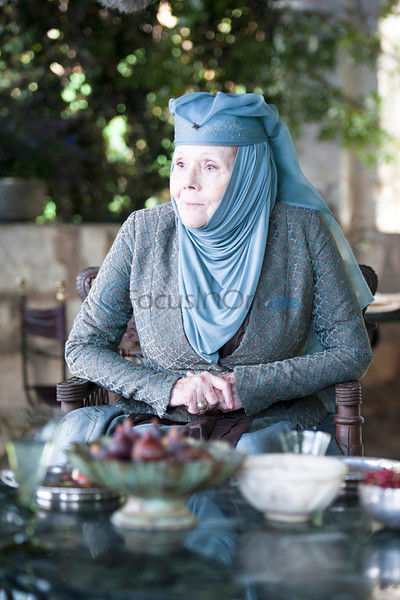 Lady Olenna (Diana Rigg) implies she had a role in a key plot twist during the fourth episode of this season's "Game of Thrones" episode. (HBO/Courtesy) 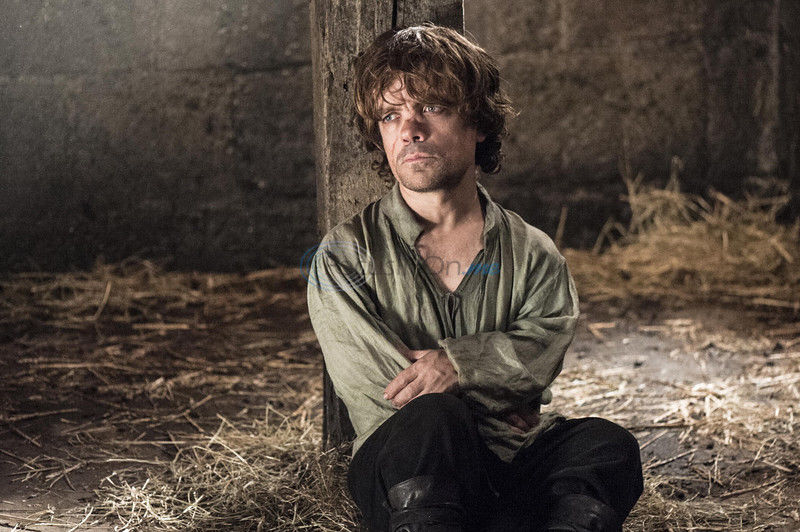 Tryion Lannister (Peter Dinklage) is still in the dungeon on "Game of Thrones." (HBO/Courtesy) 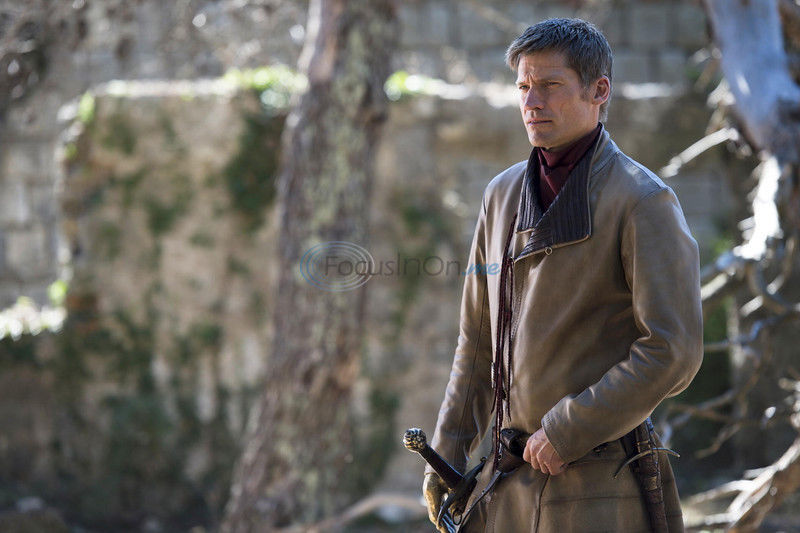 Jamie Lannister (Nikolaj Coster-Waldau) has a lot going on in the fourth episode of the season -- meaningful dialogue with his imprisoned brother, training and a widening emotional gap with his sister/lover -- in "Game of Thrones." (HBO/Courtesy)

Lady Olenna (Diana Rigg) implies she had a role in a key plot twist during the fourth episode of this season's "Game of Thrones" episode. (HBO/Courtesy)

Tryion Lannister (Peter Dinklage) is still in the dungeon on "Game of Thrones." (HBO/Courtesy)

Jamie Lannister (Nikolaj Coster-Waldau) has a lot going on in the fourth episode of the season -- meaningful dialogue with his imprisoned brother, training and a widening emotional gap with his sister/lover -- in "Game of Thrones." (HBO/Courtesy)

So I guess there aren’t any “Mommy” white walkers. Although, that’s probably a good thing.

The episode ends with a nicely shot (especially the top down view) scene where the last of Craster’s inbred sons is turned into a white walker. It’s not a very climatic or shocking ending, but it does answer questions left over from the second season namely: Why was Craster sacrificing his sons, and where do the white walkers come from?

Also, if you remember my prediction about who conspired against Joffrey and how they killed him, I called it (and no, I haven’t read the books). Although, I’m sure many other viewers came to the same conclusion as I did.

Daenerys’ psychological warfare worked like a charm. She sends Grey Worm and a group of Unsullied (dressed as slaves) covertly into Meereen with weapons. Once there, the Unsullied commander had little difficultly inciting a slave revolt. The slaves outnumber the slave masters 3-to-1, so properly armed, they easily sack the city. Add another point to Daenerys’ win column.

Back at King’s Landing, Jaime and Bronn have a nice scene where Bronn gives Jaime a hand — he literally smacks him with the back of his own golden hand as they train. That was a nice touch. I really enjoy Bronn; there is something about the way he interacts with the nobles. What’s a more manly word for sassy? Cheeky? Yeah, Bronn is a relatively cheeky fellow.

Bronn gets Jaime to visit Tyrion, who still is in his dungeon cell. During Jaime’s visit with his brother, Tyrion is able to convince him that he wasn’t in on the poisoning of Joffrey. If I remember correctly, this is the first time that Jamie and Tyrion are in the same scene and have meaningful dialogue since the first few episodes of Season 1. Yes, I know they were both at the Purple Wedding, but they really didn’t interact. This scene also is the first scene where Jaime admits through omission that Joffrey is, in fact, the incestuous offspring of him and Cersie. Shocker? Not so much.

This episode we learn that Littlefinger is taking Sansa to the Eyrie. During their exchange on the ship, Littlefinger admits and details his involvement in Joffrey’s death but doesn’t reveal who his primary accomplice was. Luckily for the viewers, his coconspirator is revealed through editing. As the scene transitions to the Tyrells in King’s Landing, Littlefinger mentions that his new friendship needed a gift to “grow strong.” This is a very sly touch because House Tyrell’s motto is “Growing Strong.” Well done.

Lady Olenna speaks with Margaery, revealing her involvement in Joffrey’s death (without blatantly saying it). She tells her granddaughter that Tyrion didn’t kill Joffrey and also encourages her to connect with the dead king’s younger brother Tommen. So Margaery sneaks into Tommen’s chambers and visits him. During their visit, it’s revealed that Tommen has a cat with the most excellent of names — Ser Pounce (I’m assuming of House Whiskers). Margaery tells him that her visit is trio’s little secret. Ah, such is the intrigue of court.

Cersie continues to drink like a fish in water. Lena Headey’s body language really sells how drunk Cersie is — the slight head bobbing is a nice touch. The emotional chasm between her and Jaime is beginning to widen. They don’t seem like the lovers they were in the first season. Now, the two are much more confrontational. Differing views on who killed Joffrey and Jaime’s friendship with Breinne of Tarth seem to be major sticking points for the twins.

Speaking of Brienne, Jaime gifts her the Valeryian steel sword his father gave him in Episode 1. He also gives her a fine set of armor and charges Tyrion’s former squire Podrick Payne to be her squire. Now, she and Pod are off to find Sansa, but not before she names her gifted sword in honor of Jaime — Oathkeeper.

Meanwhile at Castle Black, some of the leadership continues to harass Jon Snow because they see him as a threat. Because of this, they let Jon lead a group of volunteer brothers to bring justice to the mutineers at Craster’s Keep. Unbeknownst to Jon, one of the volunteers is John Locke — the same man who chopped off Jaime’s hand last season. Roose Bolton dispatched Locke to find Jon’s half-brothers Brandon and Rickon Stark.

So it should be interesting to see what transpires when the group reaches Craster’s Keep.

How so? Well, because Bran and his merry band of misfits were captured at Craster’s Keep.

So what will happen if and when the two storylines combine? Will Locke side with the mutineers, or will he play his part and wait for an opportunity to kill Bran? So many questions, but that is what is truly great about this show. It keeps you guessing.

It was a good character development episode that answered lingering questions. With as many characters as “Game of Thrones” has there isn’t room for scenes that don’t have meaning. The episode continued to build to the much larger confrontations (those being the assault on Craster’s Keep, Bran’s search for the three-eyed raven and the eventual wildling assault on Castle Black) that are looming.

+ This is where baby white walkers come from

+ Bronn the merc with a mouth

- I hate to say it, but I am missing Joffrey a little (only a little)