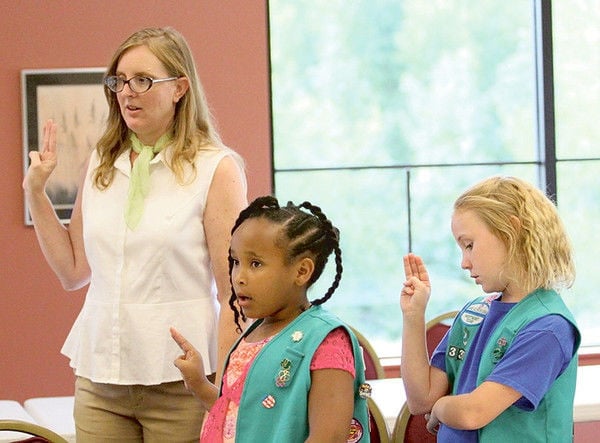 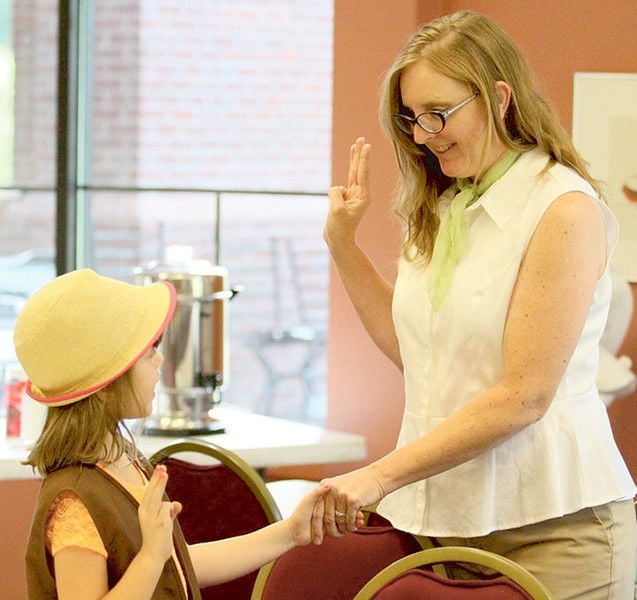 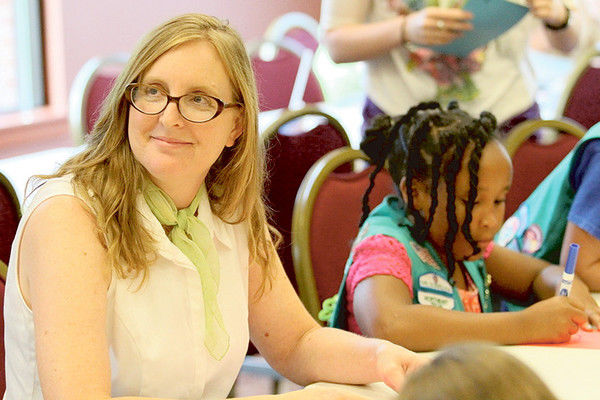 Sandra Thompson might be soft-spoken, but her big heart for helping young girls become exceptional women speaks loud and clear.

The 42-year-old mother of two leads two Girls Scouts of America troops and has mentored dozens of young women in East Texas.

One of those is Eryn Wilson, 18, of Tyler, who has known Mrs. Thompson since she got involved in the Scouts about nine years ago.

"Sandra is very patient," Ms. Wilson said. "She's extremely humble, and she is soft-spoken unless she needs to get your attention, which is good with a group of girls."

Mrs. Thompson also is known as a good listener who is quick with a kind word.

"She is teaching (the girls) to think for themselves," Ms. Wilson said. "If they have a question about anything … she will listen but won't necessarily give an answer. She asks the questions back until they answer their own questions, which helps them find who they are."

"To be a mentor for the girls it means a lot to me …" she said. "Children follow by example rather than a lot of times what you say, so I try … to show them by example how to be a good person."

Tyler fifth-grader Kaitlyn Elmore, 9, has been in Mrs. Thompson's troop since she started, and "Ms. Sandra" has been with her every step of the way. She said Scouting wouldn't be as much fun without her mentor.

"When I was having problems with spelling, she (came) around and helped me," Ms. Elmore said. "She helps me with a lot of things — (so many) that I can't remember them all … She makes everything clear. She's funny, and she's definitely kind to a newcomer."

"So many people today are still trying to say that guys can do it better than girls can, and I think that Sandra is trying to show girls that's not true – you can do it better," she said. "Some leaders sit around and do arts and crafts with them, but she doesn't do that — she takes them out and does things with them."

Mrs. Thompson said she wants her Scouts to have a sense of autonomy.

Mrs. Thompson entered Scouting when her daughters, Jessica and Kristin, now 15 and 9, respectively, wanted to be involved.

But as the years passed, she took on more responsibility within the organization and has served as the unit service manager for Smith County. The role makes her a leader for the 37 troops in Smith County. She helps train new troop leaders and gives her opinion on how to handle discipline and other problems.

She also has a heavy hand in planning large events for the estimated 600 Scouts in the county.

"She's definitely an asset to the Tyler community because of the influence she is having on the girls and the adults," said Kim Carrillo, recruitment coordinator for the Girl Scouts of Northeast Texas.

Organization members said they have grown to rely on Mrs. Thompson's dedication and dependability.

"She's priceless…" said Linda Robertson, administrative assistant with the Scouts. "If we lost Sandra I wouldn't know what we would do…

"She's always in a good mood, and I've never seen the woman frazzled. She's just a really good person through and through."

“I praise you because I am fearfully and wonderfully made; your works are wonderful, I know that full well.” (Psalm 139:14)