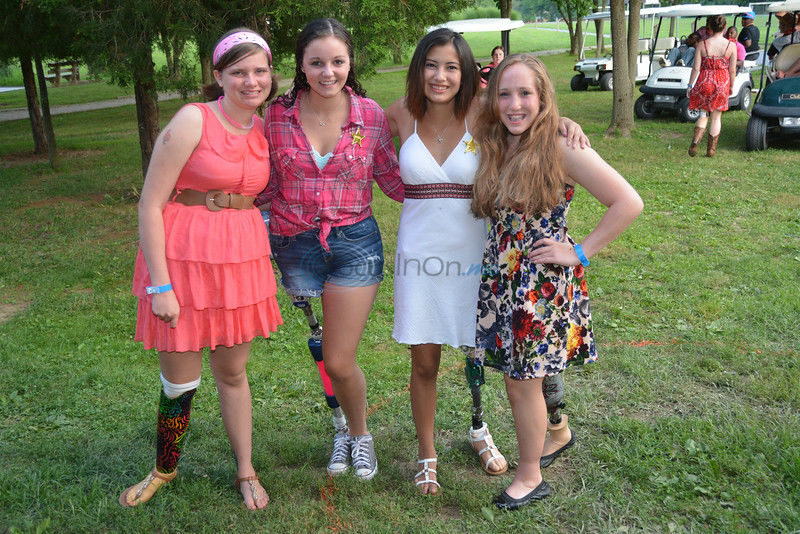 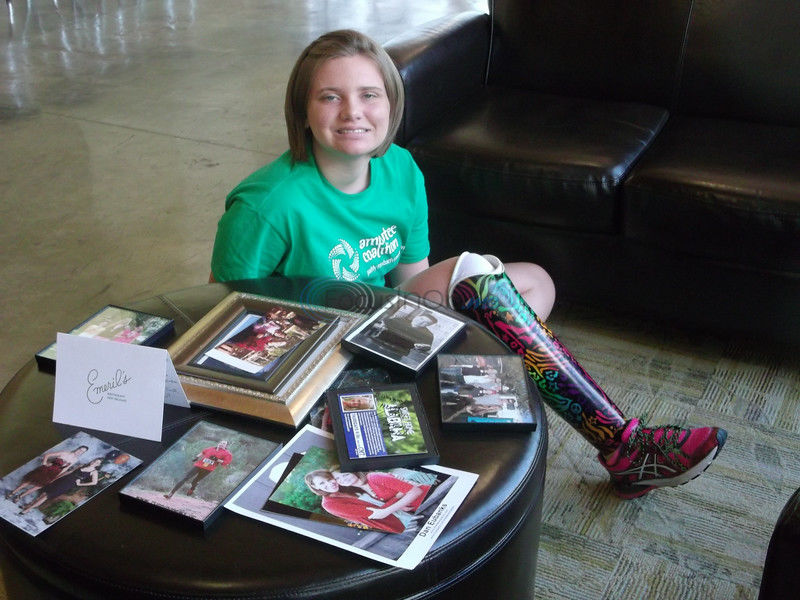 Born with a clubfoot that required numerous surgeries, culminating in amputation, life has not been easy for Whitney Hemphill, whose family relocated from Alabama to Tyler a little more than a year ago.

Whitney, 15, said she has stayed "happy" and "joyful" throughout her physical challenges.

She even has advice for other amputees: "Don't be upset and say ‘I look horrible and ugly.' Have faith, trust and pixie dust and don't ever give up hope for being an amputee. Keep trying."

Pixie dust, she commented, "worked for Peter Pan." It is a magical golden glitter-like powder that many think grants the abilities of flight fueled by happy thoughts, according to an entry on the Internet.

Whitney said people in a situation similar to hers should realize they are amazing. "Give your life to someone else and pass it on to everybody else," she said. "I take everything slowly and happy."

Whitney's upbeat outlook is despite her medical history that she tersely summed up this way: "I had a clubfoot, and I had 16 surgeries on it. When I was 9, they cut it off and turned my foot into a stump, so I have a stump and a prosthetic."

Her mother, Erin Brown, explained that after the initial surgery to try to fix the clubfoot, a staph infection developed, and five surgeries ensued within four days "to save Whitney and the foot."

Later on, "every time they broke the bone to fix it, the staph infection would come back," Ms. Brown said.

Her daughter has been in several different hospitals across the country. Finally, there was nothing left to do but amputate the foot at the Shriners Hospital for Children in Greenville, South Carolina, in August 2009. About six months later, she received her first prosthetic.

Whitney had experienced considerable pain through the years until the amputation. Then she had to learn to walk again and have a lot of physical therapy for rehabilitation. Getting used to the prosthetic was difficult at first but fun, Whitney said.

Although amputation was an extreme procedure, for Whitney it helped her move past the years of pain and multiple surgeries on her clubfoot. There is no more pain and no more surgeries, she said.

Whitney said, "After I had the clubfoot taken off, I was so happy."

As she grows, she has to be fitted with a new prosthetic. Whitney now wears a brightly colored new prosthetic recently built for her by Prosthetic-Orthotic Associates of East Texas Inc. "I picked the fabric," she said proudly.

For the fifth year in a row, she recently returned from the five-day Amputee Coalition of America Paddy Rossback Youth Camp in Clarksville, Ohio, for campers from throughout the United States who have limb loss or limb difference.

"That's the only time of the year that she gets to be with others like her," Ms. Brown said. "The camp has helped Whitney blossom and grow so much as far as teaching her to be independent and move forward after years of medical struggle. They really helped with the healing process that she had to go through."

Ms. Brown added, "It's neat that the camp provides this opportunity for amputees and we are so grateful that they include Whitney."

All expenses and airfare are covered. While at the camp, Whitney said, she went rock climbing, swimming, hung out with friends and participated in arts and crafts and other activities.

She is looking forward to being a sophomore at Robert E. Lee High School this fall, her second year to attend the school, and for the first time, she will be on the school's Bell Pom Squad. "They do dances and cheers at football games," said Whitney, who was a cheerleader before moving to Tyler.

Whitney said "church and praying over and over" played a big role in her being able to cope with and overcome her medical struggles.

"Seeing God help with all the pain and everything helped a lot," she said. "A lot of times Jesus helped with everything and I'm glad that everything is finished …. all the pain, all the surgeries."

Whitney has told her story on national television. She was featured on the Oprah Winfrey Network, Country Music Television, CBS and NBC. She is a patient ambassador for Shriner Hospital for Children in Greenville, South Carolina; an ambassador for the Amputee Coalition of America and an "Angel" for the Angel Ride Foundation, which assists families of children who have special medical needs.

“... then make my joy complete by being like-minded, having the same love, being one in spirit and of one mind.” (Philippians 2:2)