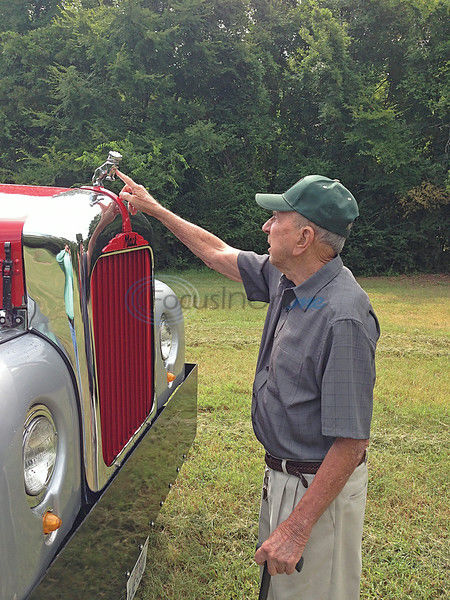 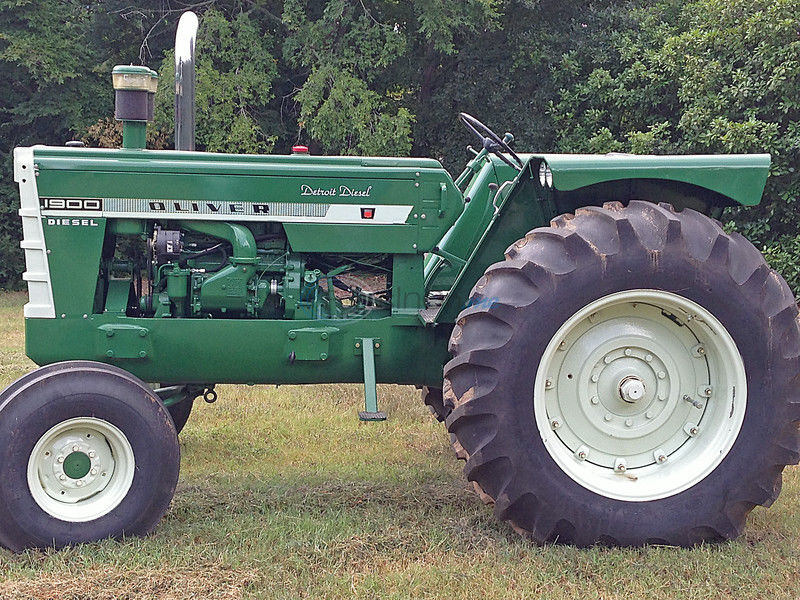 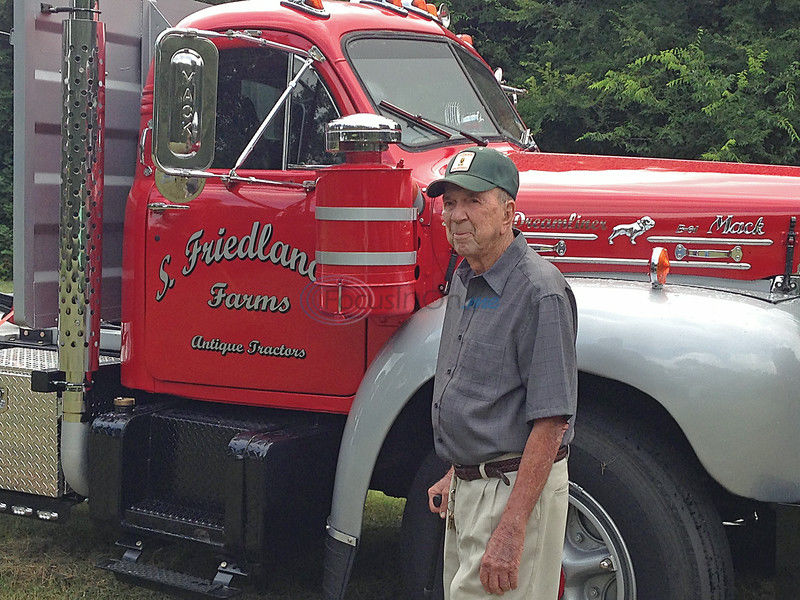 Kenneth Dean/Staff Harry Friedlander displays one of his trucks at his house on Tuesday. 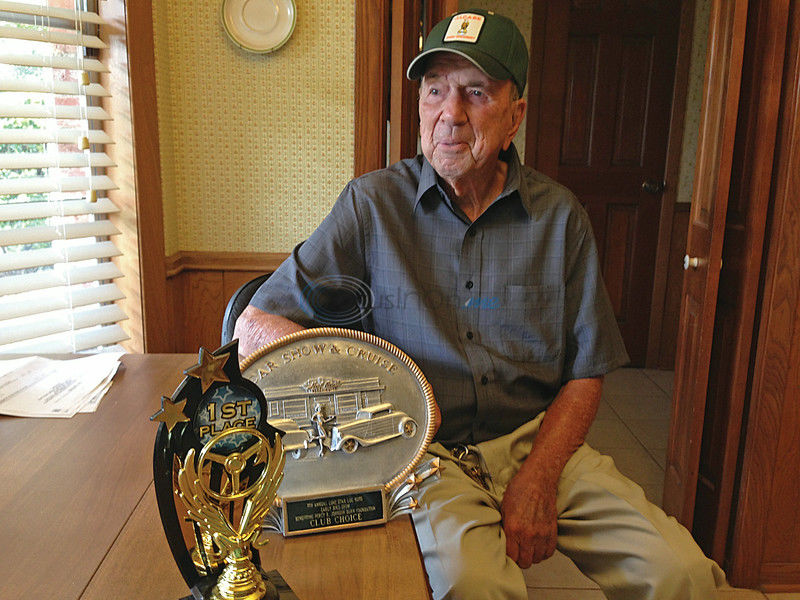 Kenneth Dean/Staff Harry Friedlander sits with some of the car show awards he has won at his house on Tuesday. The 92-year-old man stays busy by farming for peas on his four-acre plot and restoring trucks and tractors for auto shows.

Kenneth Dean/Staff Harry Friedlander displays one of his trucks at his house on Tuesday.

Kenneth Dean/Staff Harry Friedlander sits with some of the car show awards he has won at his house on Tuesday. The 92-year-old man stays busy by farming for peas on his four-acre plot and restoring trucks and tractors for auto shows.

His wit and enjoyment of life is what Linda Burns likes most about her neighbor, 92-year-old Harry Friedlander, but he also serves as an inspiration and genuinely cares about people.

Dressed in a pair of khakis and a new short-sleeved shirt, (his usual attire is a comfortable pair of blue jeans), Friedlander talked about his life, his children, his love for tractor restoration and purple hull peas, which he grows and sells.

"Peas are like a narcotic to some people. They just have to have them," he said about how busy he has been since his 4-acre pea crop came in earlier this summer.

The Tyler resident is agile, philosophical, healthy as a horse, and, as Ms. Burns stated, very quick-witted.

Friedlander said he only takes one medication for breathing and does not have blood pressure or cholesterol problems.

"Seriously, I live by myself, so I eat what I want, like eggs and bacon for breakfast or waffles," he said. "Yeah, I love waffles. Guess I'm just lucky that way."

Friedlander was married to his wife, Neta, for 44 years, and the couple had three children, two daughters and one son, whom Friedlander calls the light of his world.

Neta passed away in 1984, and Freelander retired two years later from the Brookshire's Grocery Company as vice president of produce operations.

"But I've really never retired," he said. "I am always doing something."

If he is not planting, growing and selling peas, Friedlander and his son, 58-year-old Stephen, who lives next door, seek out and restore old tractors and then haul them to competitions, where they have won numerous awards.

"We got started in all of this when I needed a small tractor to help with the peas and the property," Friedlander said. "We had to restore it and we found that we really liked it, so we started going on trips and finding them and bringing them back here and fixing them up."

Ms. Burns, 66, said she helps Friedlander with his peas and enjoys his company.

"He's a very interesting man and so full of knowledge about the area," she said. "He cares about people and doesn't really care about making money on the peas. He just likes doing it."

But she said her neighbor is an inspiration to her and many others.

"He lives life and his outlook is great for a 92-year-old," she said. "He is a real joy to those who know him."

Friedlander, who is waiting for the next rounds of car and tractor shows, laughed and said he was just a normal guy, but he wanted people to know Ms. Burns, a retired city of Houston Aviation Department worker, is an awesome woman who enthusiastically helps him with his peas.

"If there is someone worth writing about, it would be her," he said. "She works tirelessly over here, and (she and) her husband are just (as) good as gold, and help me if I need it.

Friedlander's son, Stephen, said his father giving credit to others over himself was one of his most admired traits.

"When he is the main figure, he wants to give credit to everyone else," Stephen Friedlander said. "Those who once worked under him still respect him today, because he never used his position as one over them, but as one of them.

"There never was a question of whether he should get up and go to work, but he always did more than what was expected of him. But his honesty, integrity and kindness to people: Those things are what inspire me."

“For the revelation awaits an appointed time; it speaks of the end and will not prove false. Though it linger, wait for it; it will certainly come and will not delay.” (Habakkuk 2:3)