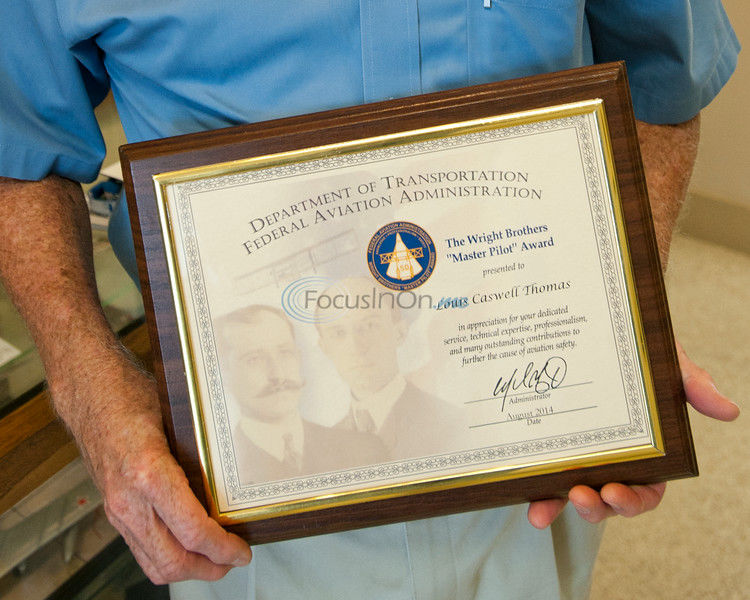 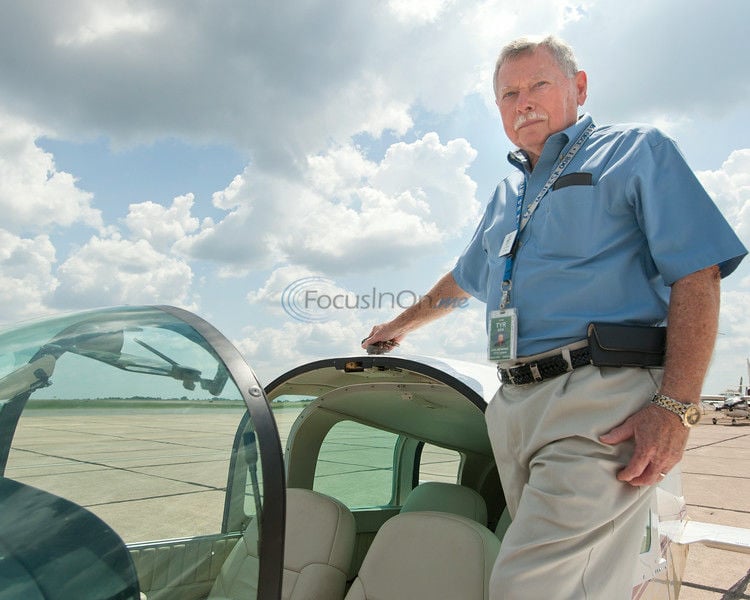 As soon as the wheels lift off the ground on the Gulfstream/American single engine plane, 76-year-old Louis Thomas' therapy begins. And for 50-plus years, the pilot has flown countless hours without incident and zero violations.

His feat of five decades of safety recently garnered him the Wright Brothers' Master Pilot Award by the Federal Aviation Administration during a ceremony earlier this month.

"I tell people the reason I got the award is because I'm old," the former Central Intelligence Agency technical operations officer said, laughing.

Thomas, who moved to Tyler in 2000 with his wife Betty, said his love of airplanes and the thoughts of the wild blue yonder began with his mother marrying an Army Air Corp pilot during World War II.

By 19, he had taken his first lesson, but as a radar operator in the Air Force, he didn't get much flying time until he went to LSU and did his first solo flight.

"Since then, I have flown as much as I could, and I have taught flying lessons and been a part of the Civil Air Patrol and the Historical Aviation Memorial Museum," he said.

Carolyn Verver, who is with the HAAM organization, said Thomas has been involved in several groups since he has been in Tyler, including being a part of the local Aviation Camp for Kids.

Thomas said after he retired from the CIA, he worked for a contractor still connected to the agency and after spending decades in the northern Virginia/D.C. area, the couple was looking for a place to retire.

"Tyler popped up on the radar, because it was below the snow line, the tax rate was low, it had a great junior college and several major hospitals. Flying over this area and I get to see what most people do not and that is the beauty of this place. With all of the lakes, rivers, hills and trees, it is really quite beautiful," he said.

Bruce Folks, CAP commander of Tyler squadron, has known Thomas since 2005, and says Thomas is "one of the best pilots" he knows.

"There is probably none better; he is one of the best that I have flown with," he said.

Folks said Thomas is a check pilot in the air patrol, which means he administers yearly checks of the pilots' skills and makes them perform certain functions to make sure everyone is on top of their game.

"He is extremely thorough and a great pilot and I trust my life with him," he said. "I don't think that there is anyone around the airport or local flying community who doesn't know Lou."

Thomas said flying is his therapy and when he doesn't fly for an extended period of time he gets "antsy."

"I fly because I love it and I have the whole world out in front of me. It's sort of like my therapy, because you have to focus on everything and that takes your mind off all of the stuff going on down on the ground," he said.