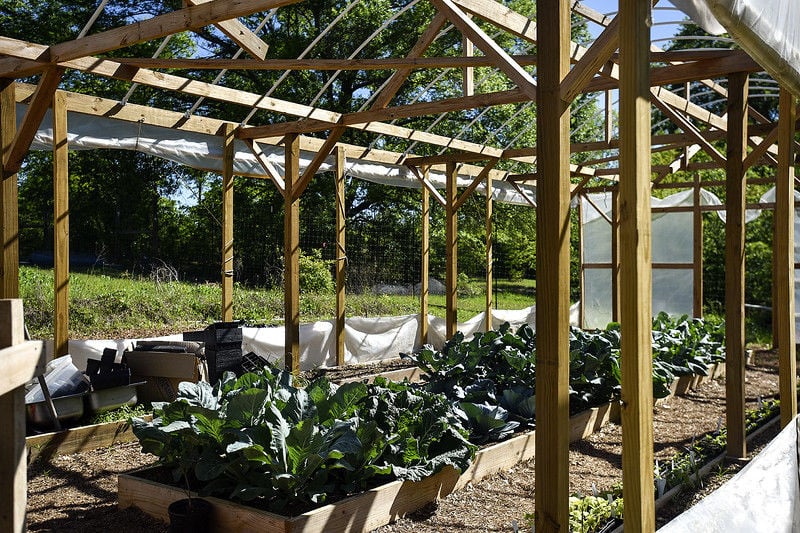 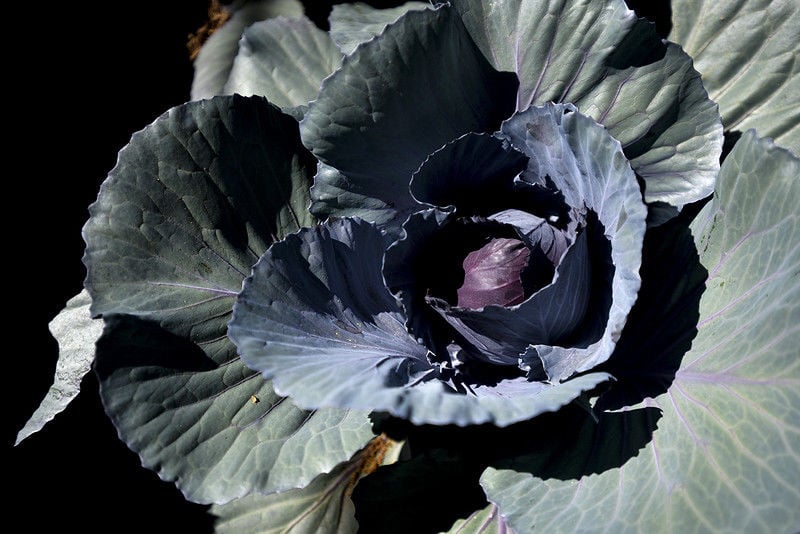 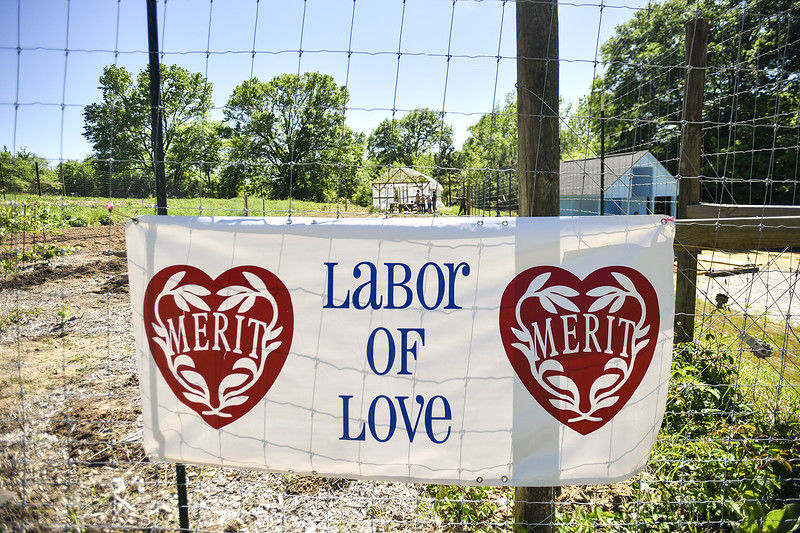 A Labor of Love sign hangs at Kingdom Life Academy's garden in Tyler, Texas, on Friday, March 31, 2017. Labor of Love, a national volunteer group, came to Tyler to help the local school in its garden. (Chelsea Purgahn/Tyler Morning Telegraph) 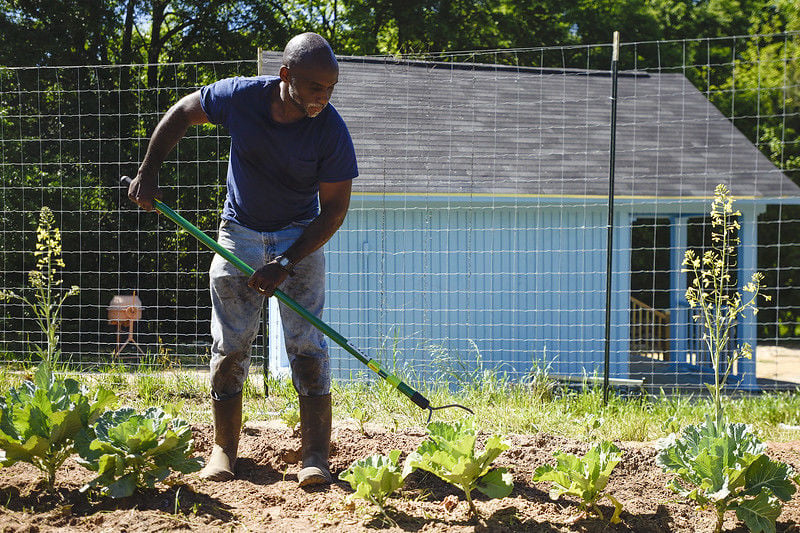 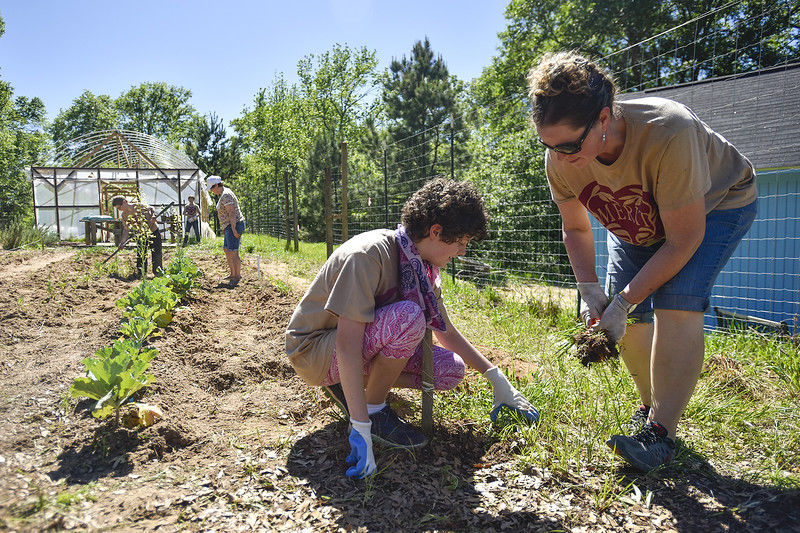 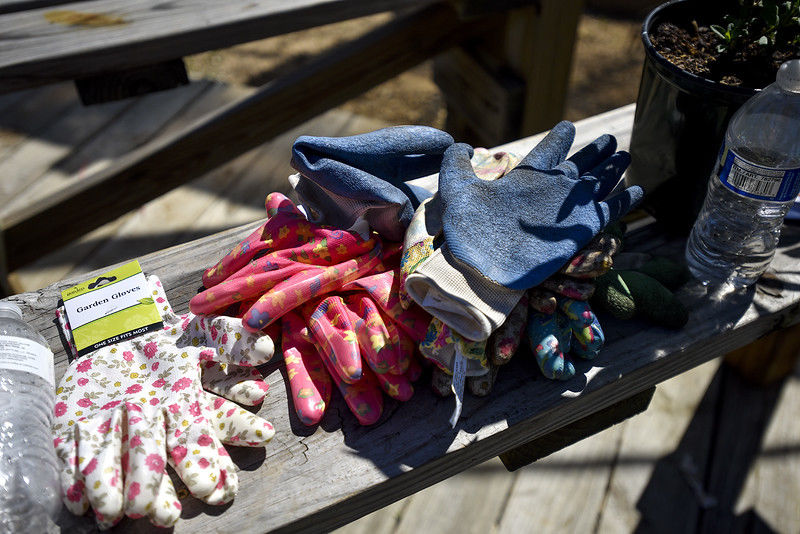 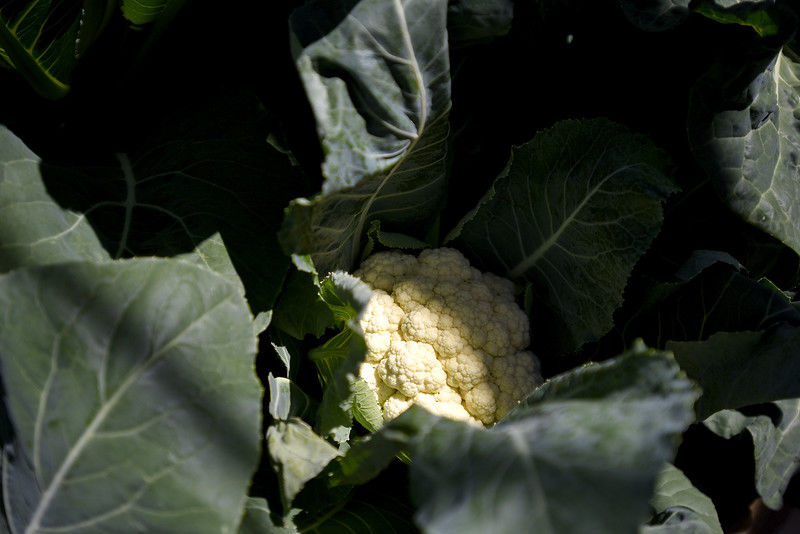 A Labor of Love sign hangs at Kingdom Life Academy's garden in Tyler, Texas, on Friday, March 31, 2017. Labor of Love, a national volunteer group, came to Tyler to help the local school in its garden. (Chelsea Purgahn/Tyler Morning Telegraph)

Fourteen-year-old Molly Helgeson had spent several hours working in a community garden for Tyler’s Kingdom Life Academy when she sensed the work day coming to a close.

After she and her peers pulled weeds and hauled compost in wheelbarrows from mid-morning until mid-afternoon, she wanted to give a proper goodbye to her new friends.

“It was lovely to get to know you,” she told Tyler resident Nancy Kirkpatrick while giving her a side hug.

Molly, who is from St. Paul, Minnesota, was among about 40 people with the Labor of Love USA group who were in East Texas from Friday to Sunday serving the community through several projects.

One of the largest groups was at the Kingdom Life Academy garden on Garden Valley Road. The garden serves as part of the educational program at the small, nonprofit, Christian school.

Students cultivate it and uses the produce grown there for the meals they prepare at school.

“It’s such an encouragement for us,” Nancy Kirkpatrick, Kingdom Life Academy board president and volunteer teacher said of the group’s assistance. “They have worked like crazy.”

Started in 2011, Labor of Love USA began after a group of strangers met while sharing a tour bus on a trip to Israel as part of Glenn Beck’s Restoring Courage event.

Some of the members of “Red Bus A” decided they wanted to continue to cultivate the sense of community they felt on that trip and honor the experience they shared together by living differently when they returned home.

Those sentiments grew into what is today Labor of Love USA. The group, which is not a nonprofit and does not plan to become one, organizes community-serving family vacations several times per year across the country.

They typically go to places where active Labor of Love USA volunteers live or have connections.

Longtime volunteer Chris Cairns, 44, of El Dorado, Kansas, said the group came to East Texas because one of their volunteers lives in the area. It was the group’s 31st event.

In addition to working with the school’s community garden, volunteers worked on two other projects in the area.

The group seeks out projects where they can truly build relationships with the people they are serving.

They don’t just want to interact with each other, but connect with local residents as well, Cairns said.

“We’re looking for that person that maybe wouldn’t ask for help,” he said.

The family nature of the group means children are actively involved in the work as well.

Molly was on the trip with her whole family, which included mom and dad and six brothers and sisters. This is her fifth Labor of Love USA trip to be a part of.

“I think it’s more of not the chance to see your friends, but the feeling you get when you serve and filling others’ lives with the presence of others,” she said.

Her mother Dezra Helgeson, 46, said these projects are teaching her children important things.

“It’s giving my children an opportunity to help other people,” she said. “It keeps them grounded, keeps them away from feeling entitled. It helps them to see that the world is much bigger than their own life.”

Because the group began after people connected on the Glenn Beck trip, the media personality and political commentator has kept in touch with the group and occasionally has its founders and volunteers on his show.

He did so on Thursday and Tyler resident and Kingdom Life Academy founder and director Joel Enge had the opportunity to speak about the mission and vision of the school during the show.

Afterward, an audience member who was touched by the message handed Enge a check for the school and prayed with him.

Enge was honored to share the school’s story with a national audience and receive the help of the Labor of Love USA volunteers.

“It’s been a tremendous blessing to have people come from all over the country to us, a little tiny school, a Christian school, to help us,” Enge said. “It’s a great opportunity for our students to interact with people who come from diverse backgrounds.”

This experiential learning means students do not take traditional classes in English, history or math. Rather, they spend most of their time working on projects: food service, the community garden and managing mock companies. It’s through these projects they learn about and apply skills from different disciplines such as reading, writing, math and science.

The school has eight students with its first seniors set to graduate this year. Two of the three seniors will earn certificates from Tyler Junior College at the same time they graduate from the Kingdom Life Academy.

For Enge the assistance of the Labor of Love USA group is just the latest example of how God has provided to make this school flourish.

For Cairns and the volunteer crew the East Texas trip was another opportunity to make connections and build community while serving nationwide.