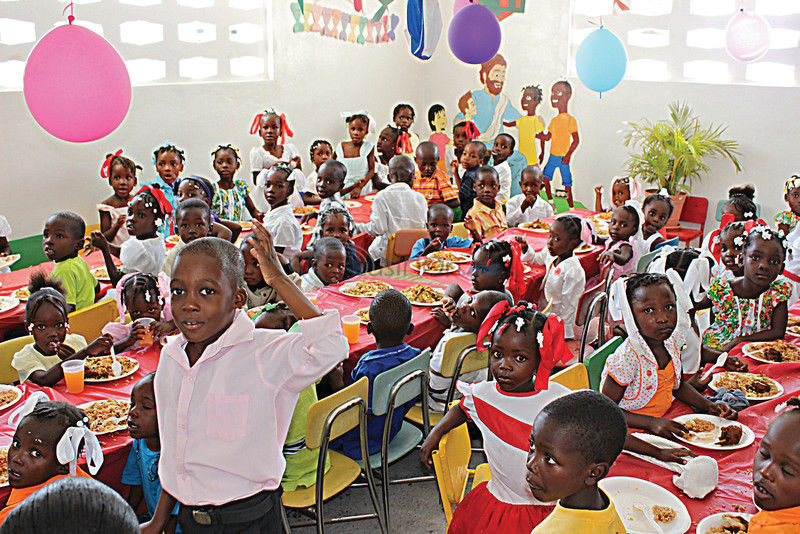 Courtesy Children eat at Nehemiah Vision Ministries campus in Haiti. The organization has over 100 children in need of sponsorship 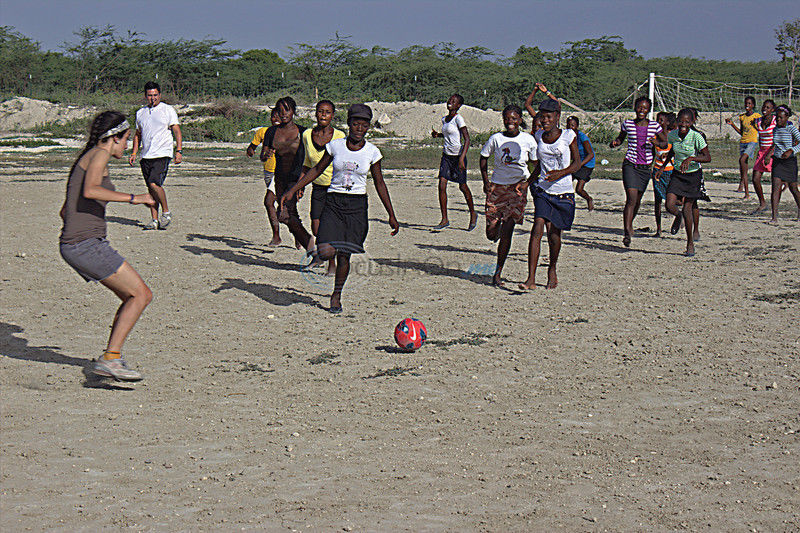 Courtesy Children who receive services play soccer on the Nehemiah Vision Ministries campus in Haiti. The organization was founded in in 2004.

Courtesy Children eat at Nehemiah Vision Ministries campus in Haiti. The organization has over 100 children in need of sponsorship

Courtesy Children who receive services play soccer on the Nehemiah Vision Ministries campus in Haiti. The organization was founded in in 2004.

For Esperandieu Pierre, changing the attitude of young Haitians is the key to helping his country.

"For the past several decades, Haiti has depended on U.S. help," he said. "As a native of Haiti, I would like to break that dependency, to raise a new generation of Haitians that see Haiti as their responsibility. Our goal is to raise Haitians who take the destiny of Haiti in

Pierre was born and raised in Haiti. In 1989 he left to pursue an education. He returned to Haiti in 1995 with Campus Crusade.

He worked with them in Haiti for five years before starting Nehemiah Vision Ministries.

"I was always interested in doing something social that would give leverage to the spiritual work," he said.

Sometimes Haitians question why Pierre is helping them, he said.

"We want them to question our motives so they would see we do it for the love of God," he said.

The organization mostly focuses on children; a children's home was established in 2004 as well.

"Some are economic orphans, some are real orphans," Pierre said.

Located 12 miles northeast of Port-au-Prince, the organization ministers to people living in the communities of Chambrun and Onaville, along with smaller villages within a ten-mile radius of the 18-acre ministry campus.

"Most of the people living in this area are extremely poor and lack the education and life experiences needed to secure jobs that could provide basic needs for their families," according to the website. "The goal of NVM is to help these people increase their spiritual and physical wellbeing and become productive self-reliant members of their community."

In January of 2012 a 7.0 magnitude quake destroyed much of the capital city of Port-au-Prince sending many of its 2 million residents into the hills outside of the city. These new cities along with long established communities east of Port-au-Prince comprise the bulk of the ministry's target population.

"The biggest question we get is ‘What's the real situation in Haiti?' Do you really think there's hope for Haiti?'" said Mark Thompson, executive director of Nehemiah Vision Ministries (Thompson is based out of Lindale). "Yes, I wouldn't be doing this if I didn't (think there was hope for Haiti)."

Thompson said the greatest example he's seen of the children's pride for their country is how excited they get about flag day, with its parade and festivities.

"These kids know they are celebrating something to be grateful for," he said. "Most are ambitious to leave Haiti, but we're raising them up to see that they are the solution."

"We welcome financial support, but what we really want is a heart connection," he said.

Visit nehemiahvisionministries.org for more information. The new website, nvm.org, will launch at the beginning of May.

WHO WE ARE TMT
40 U 40 Nomination Period