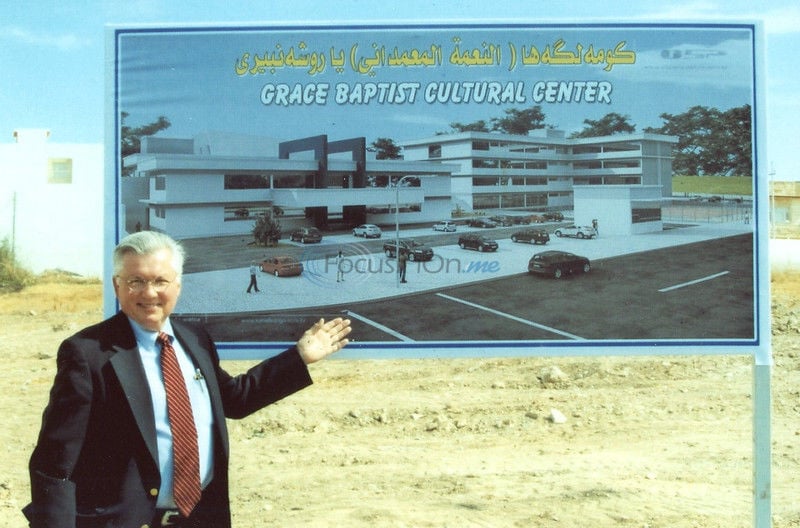 Courtesy He attends a Baptist church dedication in Duhok, Iraq, in 2011 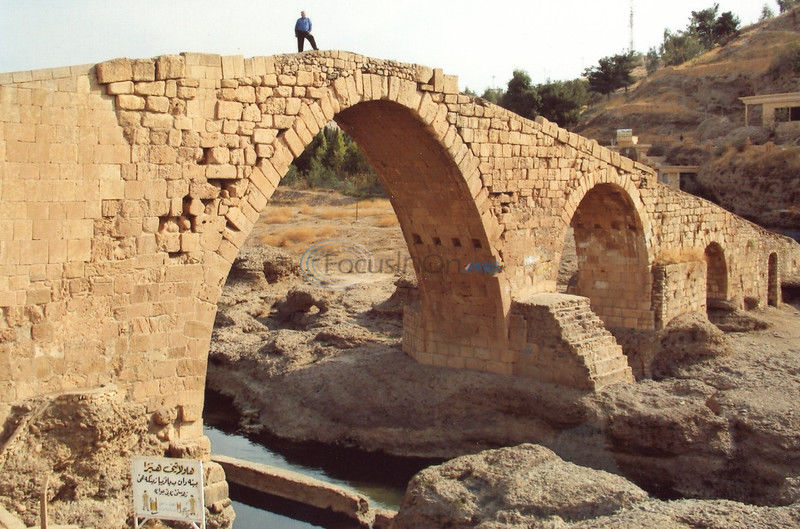 Courtesy Twelfth Court of Appeals Justice Sam Griffith stands on the Abbasi Bridge in Zakho, Iraq, in 2009. The bridge spans the Chebar River, which is referred to in Ezekiel 1:1. Griffith said the locals say the Assyrians built the bridge 2,700 years ago. 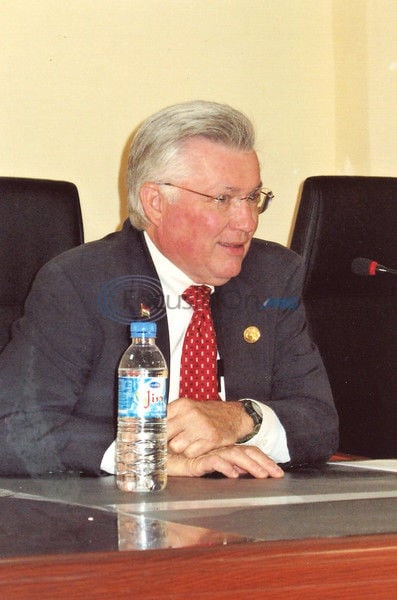 Courtesy Justice Sam Griffith at Koya University in Iraq in 2009.

Courtesy He attends a Baptist church dedication in Duhok, Iraq, in 2011

Courtesy Twelfth Court of Appeals Justice Sam Griffith stands on the Abbasi Bridge in Zakho, Iraq, in 2009. The bridge spans the Chebar River, which is referred to in Ezekiel 1:1. Griffith said the locals say the Assyrians built the bridge 2,700 years ago.

Courtesy Justice Sam Griffith at Koya University in Iraq in 2009.

With President Barack Oba-ma this week announcing his plan to eradicate the Islamic State militants, the eyes of this nation have turned to the Middle East again if they weren't already there.

But for one East Texas resident, the violence overseas hits a bit closer to the heart because of a personal connection.

During his first trip, he taught U.S. Constitutional Law and defended American exceptionalism at a university before preaching at churches in the country's Kurdish region.

The next two times he went solely to preach, flying into the northern city of Erbil and traveling around from there.

In recent weeks, Griffith has received emails from people he knows there.

One doctor told him she's a refugee in Erbil and her family is scattered all over.

An email from an Iraqi church speaks of the outreach the congregation was doing with refugees and the items they needed to collect to help them.

"When you know people that you've had dinner in their homes, and chatted with them … and they're on the run; they'll live in refugee camps for the rest of their lives," he said. "If they get caught, you just don't really think about beheadings in this day and age, but yet they're chopping off heads. It's a very brutal world. (It focuses) your mind that we need to be, in Luke 2:49 it says we got to be about our father's business."

As Griffith describes it, he grew up a little poor. In high school, he got out of school at 2:30 p.m. and clocked in to work full time at a factory from 3:30 p.m. to midnight. He did that five days a week, which left him tired, but he still made National Honor Society.

He started preaching as a lay leader and did revivals in the parks and passed out 600 Bibles one summer, he said.

In 1999, he took his first trip overseas with Green Acres Baptist Church. From that point on he was hooked.

In the years that followed, he traveled to Mexico, China, the Sudan, Rwanda and Iraq, just to name a few.

Griffith goes where he believes God is calling him and even though that has led him to war-torn countries, he said he doesn't fear.

"There's a poem, ‘My rest is heaven/My rest is not here/Then why should I worry, when troubles come near/Be quiet my sad spirit, the worst can come/Just shortens the journey and hastens me home," he said.

Through his travels, he has been able to see many of the places referred to in the Bible such as Ninevah, the ancient capital of the Assyrian empire; the Abbassi Bridge above the Chebar River, where the prophet Ezekiel was standing when God first spoke to him; and the city and tomb of the prophet Nahum.

Beyond visiting places though, he has connected with people through house visits and conversations.

It's these connections that mean the most and the ones that trouble him today.

"As I watch the spread of the murderous terrorists under the black flag of the … (Islamic State), I realized that many of the Christians I met, and even the Muslims, in whose homes and churches and offices I shared a cup of strong, extremely hot coffee, and in whose churches and home churches I have preached, are now dead."

Griffith said there is hope, but only if other countries intercede to stop the violence and killing.

Griffith has seen the needs of people for water, for the Gospel, for knowledge, for freedom.

He has used his resources of time, money, knowledge and faith to meet many of their needs. And through those he has seen how "God's purpose is much bigger than anything I ever thought of."

"For an old country boy I would never conceive of doing this," he said. "If you're a successful lawyer and judge your first thought isn't going to a war zone and yet how much more impact I have. I guess I could impact someone on the golf course if I could play golf, but you know I'm allowed to impact places that no one else will go, and see things people don't see, and maybe encourage people to go and transform the world where they live.

"You know, you don't have to go to Iraq," he said. "You could go to Brookshire's and encourage people. Your mission field could be here. You got to be doing more than playing. You got to be about your father's business, Luke 2:49."