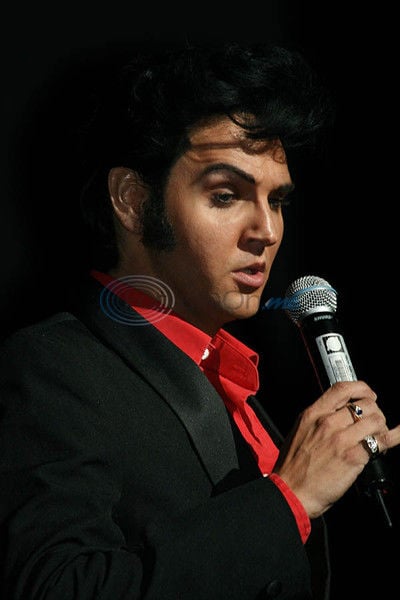 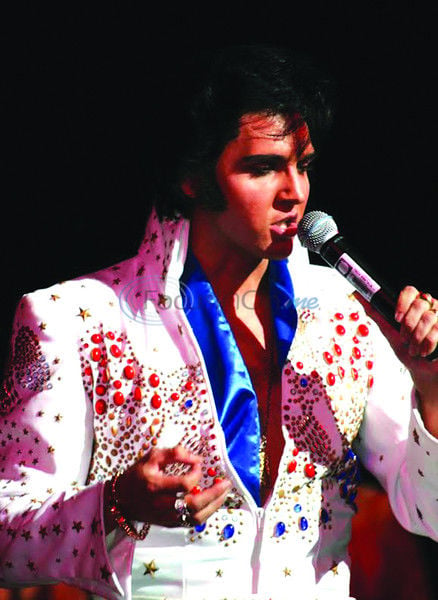 Editor's Note: This is an updated version of a story that originally appeared in IN Magazine. The magazine is available at newsstands around the region and can be read online at inmagtexas.com.

Donny Edwards knows all too well the everlasting – make 'em swoon – power of the late great Elvis Presley. As one of the most praised Elvis tribute artists today, he taps into that unmistakable Elvis swagger to bring the ladies to their knees.

"I was performing in Japan when this lady came running up to the stage and I bent down and kissed her on the cheek and she dropped like a sack of potatoes. She fainted and was out cold. I wasn't sure what to do. They came and hauled her off and I just kept on singing," he said in an interview from his home in Las Vegas.

Edwards will bring his "A True Tribute to Elvis" show to Tyler at Liberty Hall on March 29. The performance is set for 4 p.m. To make reservations, call 832-312-0074. Opening the show will be Shake, Rattle and Roll, a quartet that sings music from the 1950s and early 1960s.

There's more to being an Elvis than putting on a white rhinestone studded jumpsuit, slicking your hair back into a high pompadour and gyrating your hips. Edwards, who promotes himself as "the next best thing to The King," said some impersonators are a joke who reduce Elvis to nothing more than a silly caricature.

"There are some good and bad (impersonators). ... Some, they don't take it seriously. They're kind of mocking him instead of paying to tribute to him. ... I want to be true to him. I ask myself, if he was in the audience would he approve."

Edwards watches videos of Elvis on stage and talks to those who knew him to capture everything from Elvis' subtle curled lip to his not-so-subtle arms, hips and legs in perpetual motion. That said, he believes the difference in a good Elvis tribute artist and a so-so impersonator is not in perfecting the moves; it's in perfecting that unmistakable, rich Elvis sound.

"He had an amazing range and versatility," Edwards said. He could hit these amazing powerful notes and hold them."

Edwards said that being "authentic" in the performance is his way of paying respect to Elvis but that off stage he doesn't want to be Elvis.

"With me, when I put on makeup or put my hair up, it is only at work," he said. "Some people don't know how to turn it off. There is a time to start getting into character and there is a time for being me. I get back into the Elvis mind set by watching videos, and when I walk off stage, I'm back to being myself."

Edwards said he has always felt a strange kingship with The King – even before he knew who Elvis was. As a family story goes, when little Edwards was 5-years-old, he once threw a fit when his grandmother tried to change the station when "Hound Dog" was playing on the radio.

"My mom said when I was a kid and an Elvis record would come on, I knew how to shake my leg (like Elvis)," he said. "Ever since I was a kid, I remember watching him. I was an avid Elvis fan, it always stuck with me."

Growing up in Houston, Edwards was blessed with Elvis' good looks and trademark thick black hair.

"When I hit my teenage years, I started to look more like him and people said, ‘Hey Elvis,'" he said. "It's funny because I was always drawn to it."

With growing confidence that he naturally had the Elvis look, Edwards took on the challenge of singing like Elvis.

"I started out singing Elvis songs on a karaoke machine when nobody was around. I sounded a little bit like Elvis. I then began to sing them (songs) a cappella. It kind of developed from there."

Edwards did not set out on a career as a professional tribute artist. He was working as a manager at a department store in Houston when he got a call.

"I got hired to do a show in Oregon by a guy in Vegas who had seen that I won a few Elvis impersonation contests," he said. "He called me up and said ‘Hey, you are doing really good, I think you are perfect for this show.'"

After working in Oregon, Edwards performed in the Elvis-A-Rama museum showroom and Legends in Concert show in Vegas, He now presents his "Donny Edwards: A True Tribute To Elvis" concerts around the world.

Edwards' show covers the span of Elvis career – from the 1950s, when he sent young girls into hysterics with his electrifying moves, through the 1970s, when he was a showstopper in Vegas.

"There are those songs that we always do, that the audience expects ... ‘Heartbreak Hotel,' ‘Don't be Cruel,' ‘Love Me Tender,' ‘Jailhouse Rock.'"

But during concerts, especially during the later, Vegas years, Edwards said Elvis sang songs from many genres – from rock to traditional gospel – and from many artists.

"I'll do ‘My Way' and ‘Bridge Over Troubled Water' and do some gospel. Elvis loved gospel."

At the end of the night, Edwards wants audiences to feel as if they have experienced a night with a legend.

"Elvis is still the greatest entertainer who ever lived."