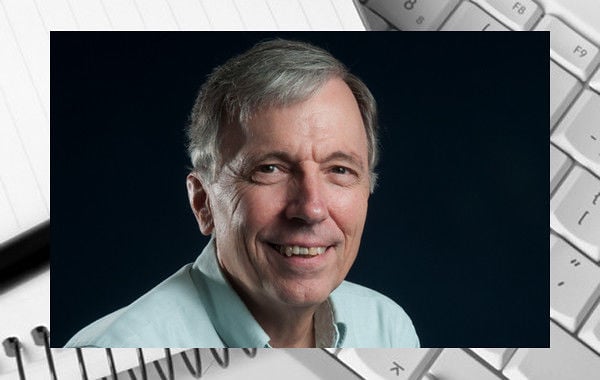 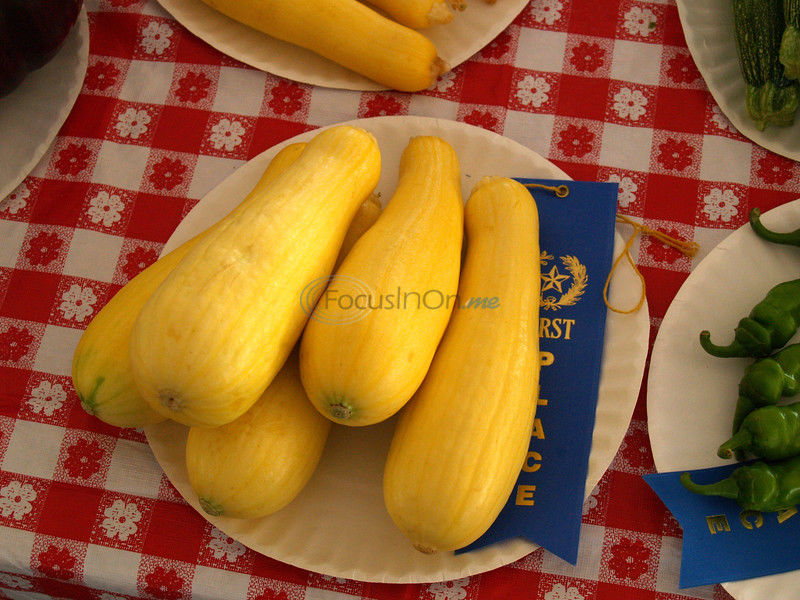 It's a good bet that these pretty squash, which captured first place in a vegetable show, were not virus-infected. Tiny piercing and sucking insects transmit viruses into plants that affect the plant's genetics. It is a good idea to look for plant varieties with known virus resistance.

It's a good bet that these pretty squash, which captured first place in a vegetable show, were not virus-infected. Tiny piercing and sucking insects transmit viruses into plants that affect the plant's genetics. It is a good idea to look for plant varieties with known virus resistance.

It happens every year. We'll get a call or someone brings us fruit from a squash plant. No, it is not a gift from the wheelbarrow load of overabundant fruit the squash plant is producing. The problem is when what should be a yellow straightneck (or crookneck) squash comes out green and yellow, sometimes with lots of warts or bumps.

The first thing they want to know is if it cross-pollinated with the cucumbers in the nearby row. And, then, are they safe to eat? Well, the answer is no, the odd-looking fruit is not a result of cross-pollination with the cucumbers, or with the green zucchini squash next to it. Seems like whenever an odd shaped or colored fruit pops up in the garden, pollen from another species is getting the blame. Different squash varieties can cross with each other, but will not cross-pollinate with cucumbers, cantaloupes or watermelons.

If you thought you had yellow straightneck squash, and ended up with crookneck squash, or zucchini that was supposed to be green is pure yellow, chances are that things got mixed up at the garden center if these were purchased as transplants. Squash is easy to grow directly from seed, so that can be fixed next time around by purchasing and planting seed, and is a great way to try new varieties that may not be available as transplants. Same thing with tomatoes — mix-ups in the garden center do happen.

But the multi-colored squash is another story, and the culprit is not pollen but one or more of several viral diseases that affect squash and other members of the curcurbit family. If the fruit is warty instead of the expected smooth skin, also suspect a virus. Virus symptoms can sometimes be detected on the leaves of the plant. Often virus-infected squash plants have what is referred to as a mosaic pattern of dark and light green or yellow. (Don't confuse the typical silver pattern you often see on zucchini plant foliage, which is normal).

These viruses are carried and transmitted by a variety of insects with piercing-sucking mouthparts (kind of like tiny syringes). When they punch in to begin feeding, virus particles in their mouthparts get into the plant and start messing with its genetics, resulting in odd growth patterns in both the leaves and fruit. Unfortunately, there is no control for curing a plant that has the virus. In the future, look for varieties with known virus resistance. And, as a precaution, it is suggested to discard plants with those symptoms to help reduce buildup of the disease.

But, back to cross-pollination. Here is a little biology lesson. When a flower is pollinated and starts developing fruit containing lots of seeds, the pollen is only affecting the seeds, not the body of the fruit enclosing the seeds. If you think about it, it is the same for animal and human reproduction — what is different is the offspring; the mother doesn't change while bearing the child.

If you are a seed-saver, then cross-pollination becomes very important. Like I said earlier, it is the seeds that are affected by the pollen parent. If several different varieties of a vegetable are growing in close proximity, then there is a good chance plants grown from seed saved from those plants will produce fruit that is different in some ways than the parent. If you want to save seed from a valuable variety, grow it in isolation from other varieties, or hand-pollinate with pollen from the same variety to reduce the possibility of getting a hybrid.

And, if you grow a hybrid vegetable, which are bred for superior characteristics by controlled cross-pollination, even if they are self-pollinated, the resulting seed will not have exactly the same characteristics as the hybrid variety. This is one reason why heirlooms and open-pollinated varieties are popular now; seed can be saved with reasonable expectations of getting the same variety next growing season.

Keith Hansen is Smith County horticulturist with the Texas A&M AgriLife Extension Service. His web page is http://EastTexasGardening.tamu.edu. His blog is http://agrilife.org/etg. Find him on Facebook at facebook.com/easttexasgardening.