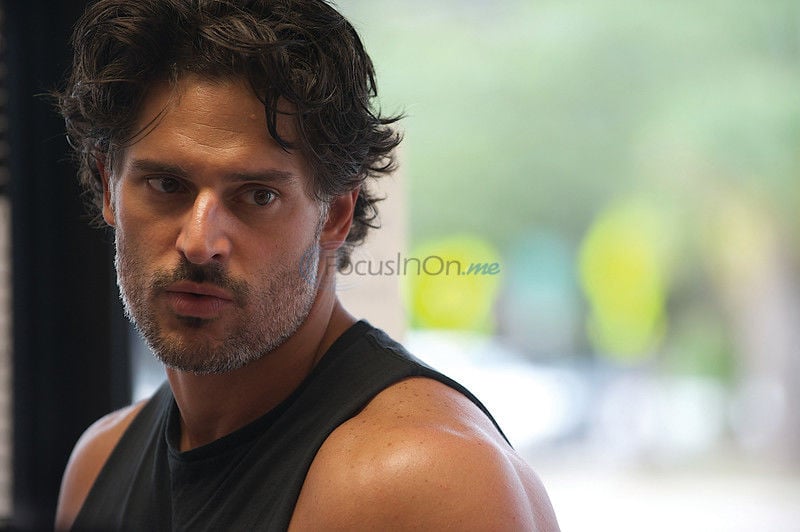 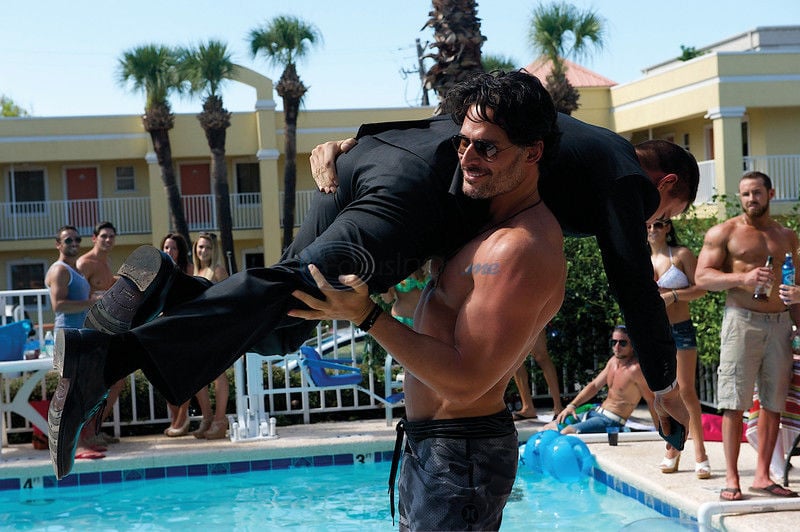 Joe Manganiello ordered the porterhouse steak for two, the waiter walked away, only to hear actor Kevin Nash snap his fingers to get his attention.

"Hey, wait, I haven't ordered yet," WWE Hall of Famer Nash said. The restaurant employee had assumed the men were splitting the entree but the double play was just for Manganiello.

That could mean six, seven or eight meals a day to satisfy a revved-up metabolism that made the "Magic Mike XXL" star hungry every 90 to 120 minutes. "I think the character was supposed to be big and look like a meathead."

And yes, he occasionally cheated by ordering chicken or pot pie or one of the desserts native to the South where the comedy, now in theaters, was being filmed.

Manganiello had to look (and be) strong enough to pick up co-star Channing Tatum and playfully plunge into a motel swimming pool — after Manganiello's beach towel slid off his naked southern hemisphere.

But the actor's appearance in the movie will forever be linked to Cheetos, bottled water and a mini-mart. As his male-stripper pals cheer and hoot from the other side of the glass, Manganiello's character is determined to coax a smile from the lone clerk at a convenience store.

"On the van ride to set, she was fun and funny and witty and friendly and then as soon as we got in there, it was just all business. This girl did not crack a smile, even when she was off camera. To the point where it was making me really self-conscious because I thought, man, I thought this was funny. Apparently not. She was amazing."

And she delivered, although the cheesy snacks needed a moment or two.

"When the camera was behind me at one point, the Cheetos bag was exploding perfectly, but then when it came around to the front, for whatever reason, they did not want to explode in a theatrical manner. So we went through a lot of Cheetos bags, but the rest of the routine, the dancing part, was maybe two or three (takes)."

"Magic Mike XXL" arrives three years after the original, and while Manganiello said there is always pressure to perform and do justice to the material — and nail the funny moments — that is mitigated here. That's because this went in a drastically different direction.

"This is a comedy, like a straight-up comedy, whereas I think the first one was more of an indie expose. … They're the same characters somewhat but, even then, we let go of four of the main characters in the first film and the ensemble was then given the keys to the car, and I can't think of another movie where that's the case."

The 38-year-old actor entered the publicity chute for this movie with an XXL dose of attention, thanks in part to his engagement to "Modern Family" star Sofia Vergara.

"No matter how we appear or are perceived in the press, the root of our relationship is that I'm a down-to-earth Pittsburgh guy, and I found a very down-to-earth girl, as well, in my fiancee. So it becomes about trying to carve a place in the world, a bubble, if you will, where we can be ourselves," he said.

That is very different than the picture painted by the media.

"All too often, I think the press seeks to cause drama, seeks to make a story out of nothing, to twist your words into something dramatic that makes it seem like there's trouble going on where there's not," he added, saying he draws a distinction between legitimate journalists and the tabloid press.

After all, Vergara may be personal friends with the Tisch family, co-owners of the New York Giants with the Maras, but she also accompanied Pittsburgh native Manganiello to a playoff game at Pittsburgh's Heinz Field.

"She's a good sport about it all. I rooted for Colombia in the World Cup and she roots for the Steelers."

The "Magic Mike XXL" entertainers talk on screen about this being the "last ride." Maybe yes, maybe no.

"We have so much fun together. As long as there's a demand — I speak for the guys — we'd love to keep making these. That's up to everybody; if they go out in droves and see this thing opening weekend, and it does well enough, then we'll come back and do a third one.

"We've got to do it soon, otherwise it's going to ‘Magic Mike' in walkers and wheelchairs."

And trouble chewing those Porterhouse steaks.

“For the revelation awaits an appointed time; it speaks of the end and will not prove false. Though it linger, wait for it; it will certainly come and will not delay.” (Habakkuk 2:3)