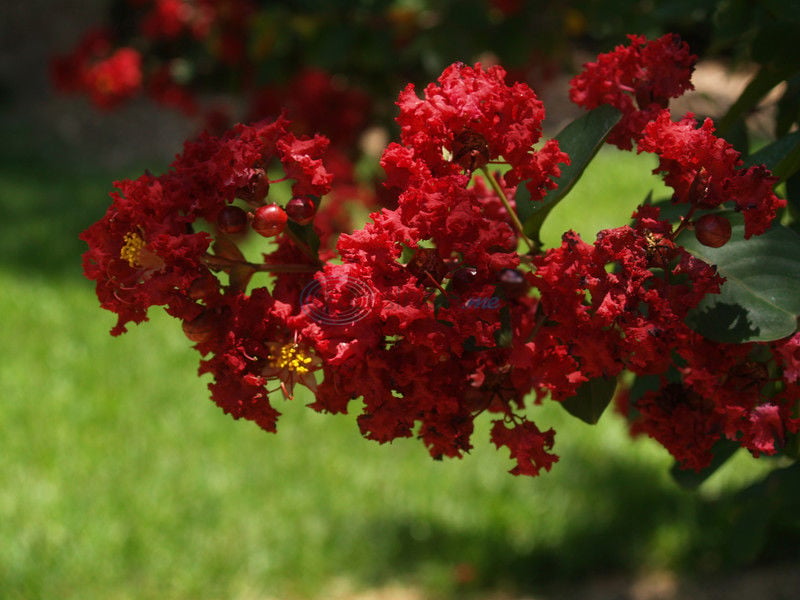 COURTESY A bright red crapemyrtle variety will provide striking color to the landscape. 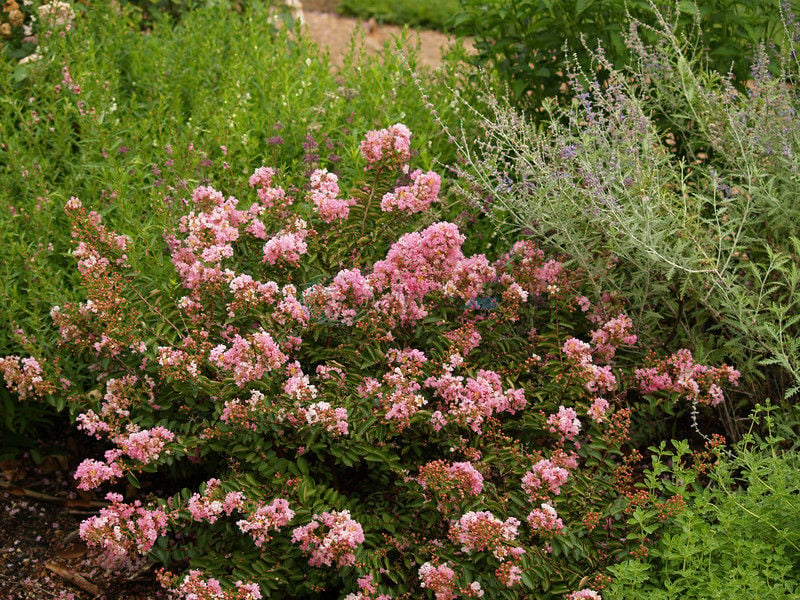 Courtesy A Dwarf Pink crapemyrtle can be found in the Heritage Garden of the Tyler Rose Garden.

COURTESY A bright red crapemyrtle variety will provide striking color to the landscape.

Courtesy A Dwarf Pink crapemyrtle can be found in the Heritage Garden of the Tyler Rose Garden.

You know summer has arrived in the South when the cicadas start singing and the crapemyrtles are blooming. Crapemyrtles are among the most popular of the small trees in the southern United States because of their beauty, long season of bloom, compact size, hardiness and longevity. It is common to find stately, thriving crapemyrtles well more than 100 years old at old homesteads, abandoned home sites or cemeteries.

I have seen the common name spelled many different ways. There is no official spelling and I have been guilty of using most of them interchangeably. It seems most (but not all) prominent horticulturists have settled on "crapemyrtle."

Their popularity is mainly due to the fact that they bloom in the blazing heat of summer when nearly all other trees are content to remain simply green. There are hundreds of varieties of crapemyrtles, in all colors and sizes. Many of the older ones are simply named for their colors, such as "Watermelon Red." New varieties are constantly being introduced. In addition to the familiar tree forms, there are intermediate, dwarf and even miniature varieties, which reach only a few feet tall. These smaller versions can be used as borders, accents or ground covers, and the miniature types are great as large potted plants.

These versatile plants have other qualities that make them winners in the landscape. In late autumn, the foliage often turns various shades of yellow, red and orange. As crapemyrtles age, their smooth, sinuous trunks take on picturesque patterns and shapes. This feature is especially noticeable in the winter when the leaves are gone. A well-placed crape myrtle in the landscape is a real treat in summer, fall and winter (provided it is pruned correctly and not butchered).

An added bonus is many varieties have very colorful, peeling bark that is prominently displayed in winter and on through the following summer. Every other year the bark will peel or flake off, revealing various hues ranging from a pleasing grey to cinnamon to beautiful mahogany, depending on the variety. This characteristic is very pronounced in the Japanese crapemyrtle, Lagerstroemia fauriei, which has been used in creating many hybrid varieties.

Crapemyrtles are not totally without problems. Powdery mildew is a common fungal disease in late spring and summer. Leaves and flower buds become covered with a white, powdery substance. In severe cases, new growth may be deformed. Powdery mildew is usually more severe during humid, mild weather. Trees in less-than-full sun are more prone to get powdery mildew.

Another pest occasionally found on some varieties is the crapemyrtle aphid. Presence of aphids becomes apparent when you see the tell-tale sign of sooty mold, a black fungus growing on leaves and other surfaces. Aphids secrete excess sugary sap (called honeydew), on which the sooty mold feeds and grows.

Another pest that only recently has been discovered and is rapidly moving throughout the South is crapemyrtle scale. This small white insect (that bleeds pink when mashed) feeds on the upper trunk and limbs, and excretes a large amount of honeydew. The first indication that scale is present is usually when black sooty mold is noticed growing on the tree trunk.

Many newer varieties of crapemyrtles are resistant to powdery mildew. Most are hybrids of the common crapemyrtle (L. indica) and the Japanese crapemyrtle (L. fauriei). The breeding program at the National Arboretum has created many of these hybrids, naming them after Indian tribes such as "Zuni," "Hopi," "Pecos," "Miami," "Wichita," "Sioux," "Natchez," etc. So far, there are more than 25 in this series, and they come in a wide range of flower color and mature height, from tall trees growing up to 30 feet tall to true dwarfs like "Chickasaw" and "Pokomoke."

Now is a great time to select crapemyrtles based on their bloom color. But just as important, choose them based on their mature height. There is no reason to have to prune them back every year to force them to fit a location, because there are varieties with mature heights that range from 3 feet tall to 40 feet tall. Whether you need one that grows to a small or medium shrub, or a medium-sized tree or somewhere in between, there is a variety that should meet the requirements. Much more can be said about the terrible practice of severely pruning crapemyrtles back to stubs every year, but we'll leave that for another time.