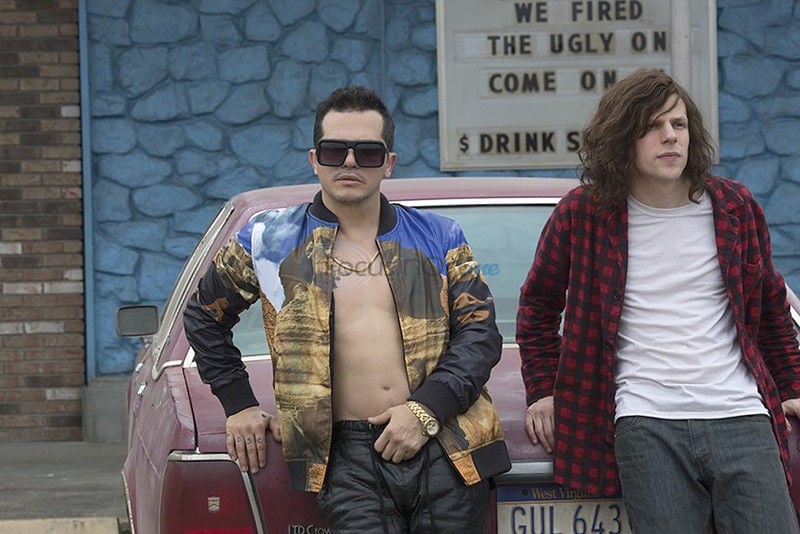 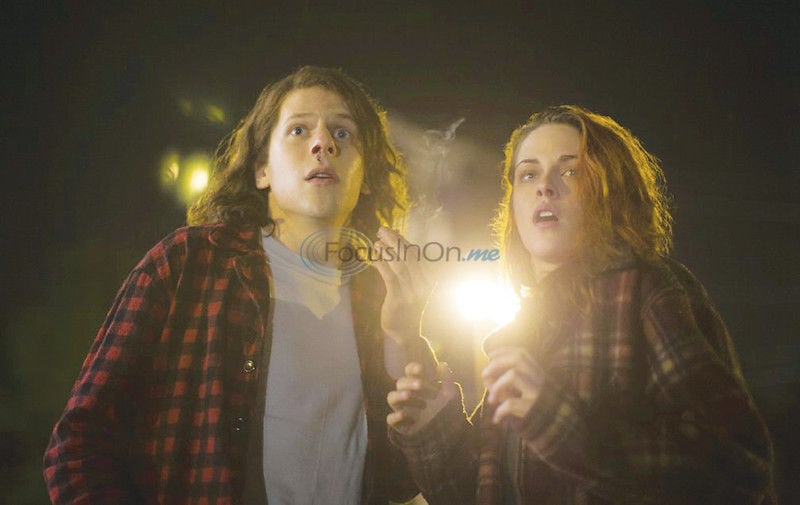 "American Ultra" is one of the funniest, most action-packed movies of the summer, and much of its humor comes from the unlikely casting of Jesse Eisenberg as a stoner who morphs into a government agent killing machine.

Eisenberg just laughs at the notion that he might ever play such a role. "Oh yeah, when my mother gave birth to an undersized premature baby with an androgynous name, I'm sure she thought I'd grow up to be a big action movie star," he says during a recent telephone interview that also featured co-star Kristen Stewart.

But Eisenberg and Stewart say they saw something special in the script by Max Landis, the son of John Landis, who directed such classics as "Animal House," "The Blues Brothers" and the Michael Jackson video "Thriller." And they were eager to work with director Nima Mourizadeh, whose best-known previous film was 2012's surprise hit "Project X."

"The script was really great, and the characters were so consistent in how they responded to the absurd situations they faced," Eisenberg says.

Stewart adds: "We thought the script really worked, but whether we could pull it off was another thing. But Jesse is hyperintelligent, and I was confident about this guy," who was her co-star in yet another film, 2009's coming-of-age tale "Adventureland."

The movie, which opens nationwide Friday, starts out as a typical independent film-style love story, with Mike Howell (Eisenberg) getting stoned and working a nowhere job at a West Virginia Cash & Carry while his more responsible girlfriend, Phoebe (Stewart), works at a bail bond shop.

They smoke dope in the morning. They smoke dope at night. And Mike thinks everything is hunky-dory, even if he is prone to panic attacks. So he buys Phoebe an engagement ring and plans to pop the question, if he can ever find the right moment.

One night at the Cash & Carry, Mike has a mysterious visitor named Lasseter (Connie Britton), who tries to give Mike a coded message that he interprets as a bunch of gobbledygook. Later, while eating some ramen noodles, he spots two black-clad men messing with his dilapidated Ford and asks what they're doing to his car.

They attack. And Mike kills both of them with his soup spoon. He's rather stunned and doesn't know what to do. So he calls up Phoebe.

"I just killed two people," he says. To which Phoebe responds, rather flippantly, "That's awesome." Then Mike explains: "They had guns and knives, and they were being total d----!"

That kind of stoner humor continues throughout "American Ultra," as Mike gradually finds out that he was once trained as a special government agent but was decommissioned without any memory of the past. Lasseter was in charge of the program, and she's just learned that Mike has been targeted for elimination, so the gobbledygook she muttered at the Cash & Carry was actually a code that reactivated his skills as a trained killer. Mike, of course, has no idea where his newfound skills are coming from, and he's baffled.

It's an unlikely role for Eisenberg, who's known for playing intelligent, somewhat hapless guys in Woody Allen movies. And he just laughs at his transition to action in "American Ultra."

Stewart notes that Eisenberg always "looked like he was going to have a heart attack when he did some of the big action scenes."

To which Eisenberg responds: "I got my cholesterol checked every morning. It was so much more exhausting and demanding than you'd think."

In fact, being baffled by what's going on is part of the movie's charm, especially for audiences, who gradually learn the backstory as it's revealed to Mike after numerous scenes of mass destruction.

"We threw ourselves into it, and it all genuinely felt real," Stewart says. "It was cool to do that, even though we're both incredibly nervous and anxiety-ridden people."

"Yeah, it was incredible," Eisenberg adds. "They actually blew up a car next to us, and it was very real and very terrifying."

In essence, the movie is a big mashup of 1980s and 1990s genre films, with inspiration from "The Terminator" and "Reality Bites."

"Landis grew up in the world of movies, so he's referencing other movies - and referencing them in a way that makes them great," Eisenberg says. "There's a modern sense of irony and self-awareness."

Eisenberg also thinks a lot of the humor comes from the supporting actors, including John Leguizamo as one of Mike's stoner friends and Topher Grace as an obsessed CIA agent who pulls out all the stops to have Mike killed.

"Topher plays this constant bad guy, but nothing is working out for him," Eisenberg laughs. "He wants to be this big Machiavellian guy, but people aren't listening to him. We're not the typical heroes, and he's not the typical bad guy."

Neither Eisenberg nor Stewart knows whether a sequel will be written. A lot probably depends on how the movie fares at the box office. But it's looking like a hit at this point.

Eisenberg says he'd consider coming back for a sequel "if it's as good as the first one." But Stewart hedges her bets, noting that the charm of the movie comes from the slow and funny realization that Eisenberg's character is a trained killer: "Once the bubble is burst, how do you do that again?"