Smith County Elections Administrator Denise Hernandez resigned from her position on Monday afternoon after three months in the role.

In a letter to Smith County Judge Nathaniel Moran, Hernandez, who was hired at the end of January, said her resignation would be effective this Friday.

Hernandez said in the letter obtained by the Tyler Morning Telegraph that she didn’t want to cause the county any problems.

“It was such an honor for you to even give me an opportunity to serve you and the constituents of Smith County,” Hernandez said in the letter. “I am so sorry that I have disappointed you in my capacity and will not be able to show you what a great employee I can be. I hate to leave a job that I love but I do not want to cause Smith County any problems so with that being said I will leave my position.”

Smith County Public Information Officer Casey Murphy said in a statement Hernandez’s letter would be submitted to the Smith County Elections Commission, which is scheduled to meet at 3 p.m. Thursday.

The commission will conduct an executive session regarding the appointment and employment of the elections administrator and then consider action during the Thursday meeting.

Murphy said in the statement that Smith County does not comment on personnel matters.

Hernandez previously served as the Henderson County elections administrator since 2008 before being hired to lead the Smith County office on Jan. 26.

Hernandez was chosen after the commission interviewed two candidates and held several meetings, according to Smith County.

At the time of her hire, Moran said hiring Hernandez was a step forward in improving elections administration in Smith County, which has been a focus for the commissioners court.

He noted her statewide reputation for excellence and her 13 years of experience in elections administration “to strengthen the Smith County Elections Office, and to build an elections team that is second-to-none in the state.”

Hernandez began her work in Henderson County in 1999 as a property tax bookkeeper. She became the county’s first elections administrator in 2008. She said she was instrumental in the creation of the office.

She has been a certified elections registration administrator since 2019 and is a registered election official.

Her application for the Smith County role stated she wants to “strive for accountability in maintaining public confidence in honest and impartial elections, which will be conducted in a fair, efficient and accurate manner.”

Nelson accepted her chief deputy role on Dec. 8, 2020. She began volunteering for the Smith County Elections Office in 2001, and she started full time for the elections office in 2005. Nelson worked as the elections administrator since 2007.

It started when a pizza delivery person couldn’t find his home one evening. His curb needed to be painted with the address’ numbers to make his home easier to find. That was the moment Tyler Prock, a Wills Point native, decided to take matters into his own hands and begin painting curbsides.

A year later, he has painted entire small neighborhoods in Tyler and has the dream of being asked to paint for a homeowner’s association.

When Prock came to Tyler to attend Tyler Junior College and eventually UT Tyler, he worked as a bookkeeper for a local business.

When the idea of painting on Tyler curbsides at local homeowners’ curbs came to him, he decided to take on the side venture as a small business known as Tyler’s Curbs.

“It came down to painting curbs and getting an ice cream truck. At the time, I didn’t have the capital for the ice cream truck, so I started painting the curbs,” Prock said.

He knew he wanted to have another business venture, so painting it was.

“I know what I would want mine to look like, so I just do my best. In addition to the spray, I also use paint brushes to make it look just perfect,” Prock said.

In order to become a certified curbside painter, Prock had to go by the city of Tyler. Prock said he was told he couldn’t do any logos or paintings, other than the numbers on the curbside.

“I went back to the city and I asked them, ‘People are asking me to (paint designs)? But the law says it’s considered graffiti. Isn’t that strange because they’re asking me to come paint it, it’s not like I’m randomly showing up, painting school logos on places,’” Prock said.

Prock said the city officials told him they wouldn’t penalize him. Prock’s response was he didn’t want the city going after anyone, not just him.

So eventually, the city changed the rule and permitted curbside art such as what Prock creates.

“It’s fun and challenging. Usually I have other work to do, but since I moved back to Denver, I haven’t gotten (a job) yet,” Prock said.

In 2016, Prock made the decision to move to Colorado with his wife. The pair suffered from body pains, such as scoliosis and fibromyalgia. According to Prock, their doctors had them on 16 strong painkillers combined, some of which kept changing to higher dosages.

The two decided to take matters into their own hands and take control of the sobriety they were determined to keep, so they moved to Colorado. Medical cannabis saved their lives, Prock said.

“We thought, let’s give medical cannabis a shot before we continue this lifetime of getting pills and such,” Prock said.

The curbside artist said he and his wife were in Colorado for a total of three months, until they were completely pill free. Since the two have moved back to Texas, Prock said they abide by the law and have turned to CBD for their medical issues.

During the time Prock was in Colorado, Tyler’s Curbs was paused. Prock had a person helping him paint for a few months, but said he wasn’t accepting new customers and was not actively painting curbs.

After living in Colorado for a few months and after the symptoms of pain eased, Prock said he and his wife decided to move back to Texas when the COVID-19 pandemic hit because they were concerned for their family members in Tyler. Both Prock and his wife’s grandparents have dementia, so moving back was the best decision to make.

“I have family and there’s young nieces and nephews, and I thought, ‘I sure do miss them’ and the city will be there, and there’s lots of things to do in Texas, too, so we’ll just live here for a little bit,” he said.

Today, Prock conducts his business mostly over social media, where people mention him after he paints their curb. He usually gets messages requesting him to visit other homes to make their curbs colorful.

His Facebook page for the business is Tyler’s Curbs. He said social media is more effective, because he also takes electronic payments from CashApp, Venmo, PayPal, to just cash.

“Most people get artwork, so it works out to about $30 a curb. Some people are gracious enough to tip,” he said.

When contacted, Prock asks the homeowner for the address so he can arrive, and the entire process of painting the curb is about an hour. If the homeowner is present, Prock said he likes to meet and talk, but if the homeowner isn’t there, he just gets his job done and leaves.

While he’s painting a curb, Prock uses a traffic cone that says, “slow,” so drivers can drive with caution while he finishes his work.

When he first started, Prock said he only painted a couple a day if he worked hard and put out flyers. Now, he does three to four per day every day, and he has a hard time keeping up.

He said the most common design requested is the Texas flag. In total, he has painted over 100 different designs in East Texas. The most interesting one he painted was a Super Mario design, he said.

“I wake up to five or 10 messages on my phone, between my Facebook page and NextDoor and just getting text messages. I usually get three or four at least a day,” Prock said. “This year has been the best year ever by far and it’s been busy.”

Prock’s greatest accomplishment since he began his small business is completing an entire neighborhood, but his dream is for a homeowner’s association to invite him to paint an entire community.

He also dreams of traveling the United States and sharing his artwork with anyone who would like their curb painted.

While in Colorado, Prock said he was heavily inspired by the various pieces of art in Denver where he lived. Since he’s come back to Tyler, he said he enjoys the artwork on the traffic boxes around the city.

Prock also wrote a book to help others start their own small businesses by painting curbs on Etsy.

“There’s a lot of curbs. There’s like 100,000 people in Tyler. I’m not going to be able to paint them all and I don’t think I want to paint them all, and it’s nice to share and that’s just how I was taught to do things,” he said. 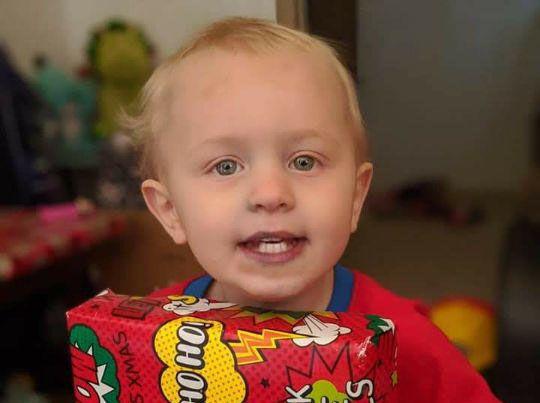 Hannah Meritt, 5, comes down a slide at Bergfeld Park on Monday, where the city of Tyler is looking to fill several positions in the recreation department at pools and local parks for the summer.

Right: A family enjoys a sunny afternoon at Bergfeld Park on Monday. The city of Tyler is currently recruiting candidates for several staff positions including playground leaders, lifeguards and more at several park locations.

City of Tyler Recreation Manager Angela Bennis smiles for a photo while visiting Bergfeld Park on Monday. The city is looking to fill several positions in the recreation department at pools and local parks.

Out of 24 open positions for the city of Tyler’s summer recreation team, the parks and recreation department has only seen about four applicants as of Monday.

Angela Bennis, city of Tyler recreation manager, said without hiring employees for Fun Forest Park pool and the park sites for the summer playground program, the pool can’t be opened and the programs can’t begin.

“We don’t have enough regular staff to run these programs,” Bennis said. “So we really need people to apply and help us out for our summer programs.”

The roles would start in late May and end in August. The city of Tyler’s deadline to apply is this Wednesday and applications can be found at cityoftyler.org by clicking the “apply for a job” tab.

“You don’t need a whole lot of certification,” Bennis said. “As far as previous work experience, we’ll do a background check because they’ll be working with kids, but we’re not looking for any specific experience.”

The city of Tyler Parks and Recreation summer playground program and the Glass Summer Camp will be June 14 through Aug. 6 and are for kids 6 to 12 years old.

Playground and camp leaders will provide planned activities like sports games, arts and crafts, fun water activities and special visits from local organizations. Kids at the Glass Summer Camp can also go on four field trips. Each location will give daily breakfast and lunch.

Registration for both programs began Monday.

“It’s a real fun time. I promise you’ll have fun if you come work for us,” Bennis said.

She added that the parks department sees a lot of teachers who aren’t in school interested in the summer playground program.

“There’s a great opportunity to spread out, stay with your family, spread out from other families and we think it’ll be a safe summer,” Bennis said.

For more information on these positions, visit TylerParksandRec.com or call (903) 595-7217.