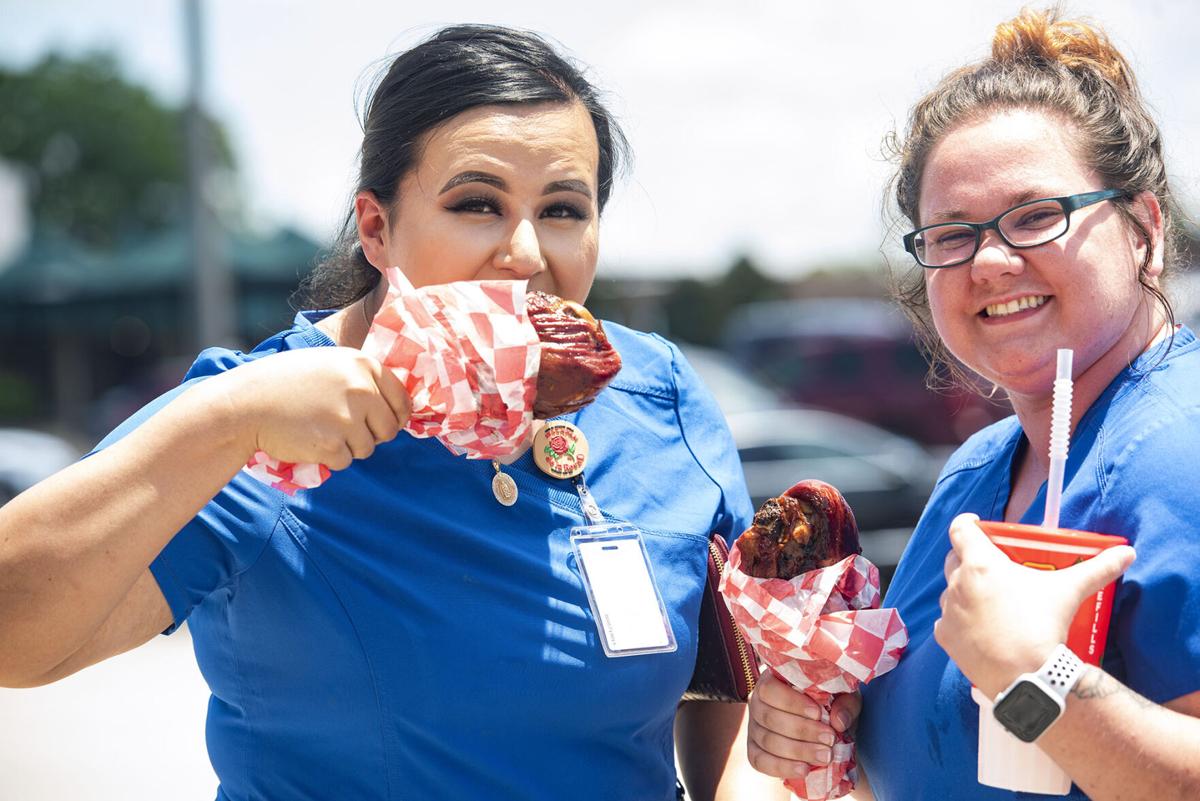 People eat turkey legs at Fair Food Drive-In Days, a special event held earlier this summer. The East Texas State Fair announced Tuesday that they’ll be hosting Taste of the Fair from 11 a.m. to 8 p.m. Thursday through Sunday, Sept. 24 through 27 and Oct. 1 through 4, so that East Texas State Fair food fans can get their fix even though this year’s fair was canceled. 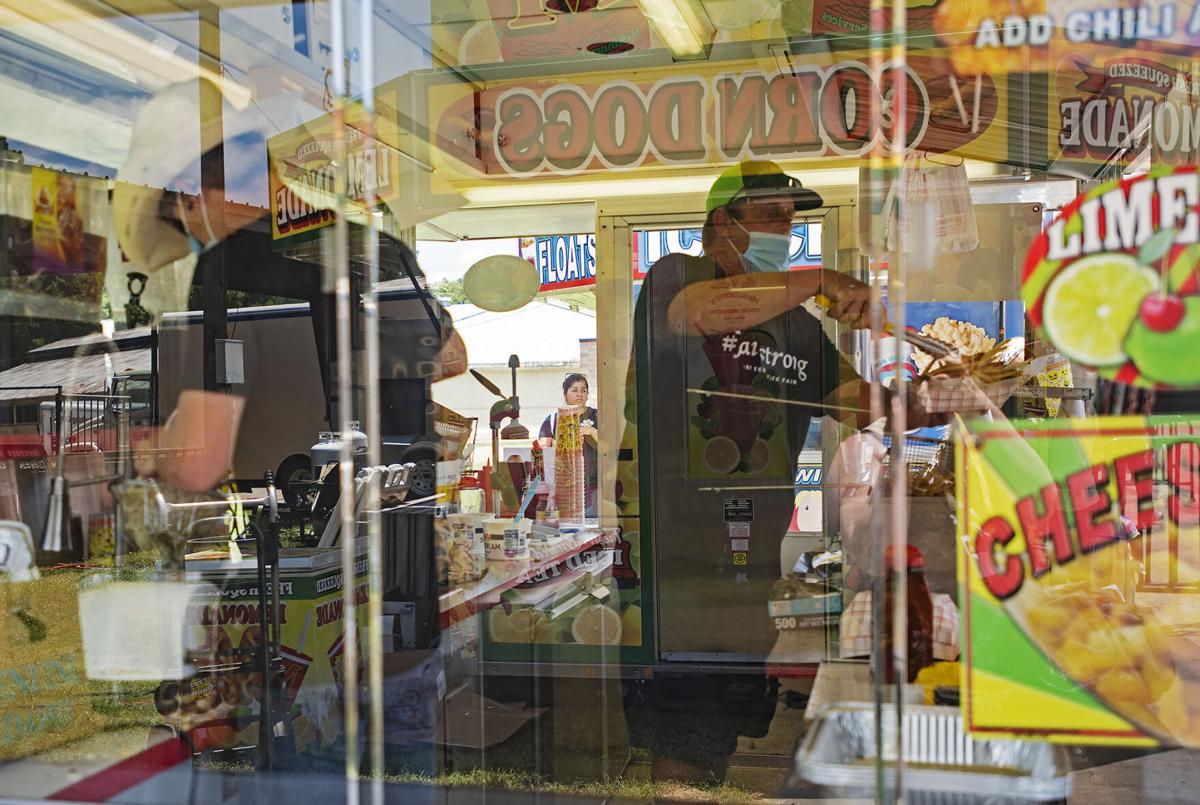 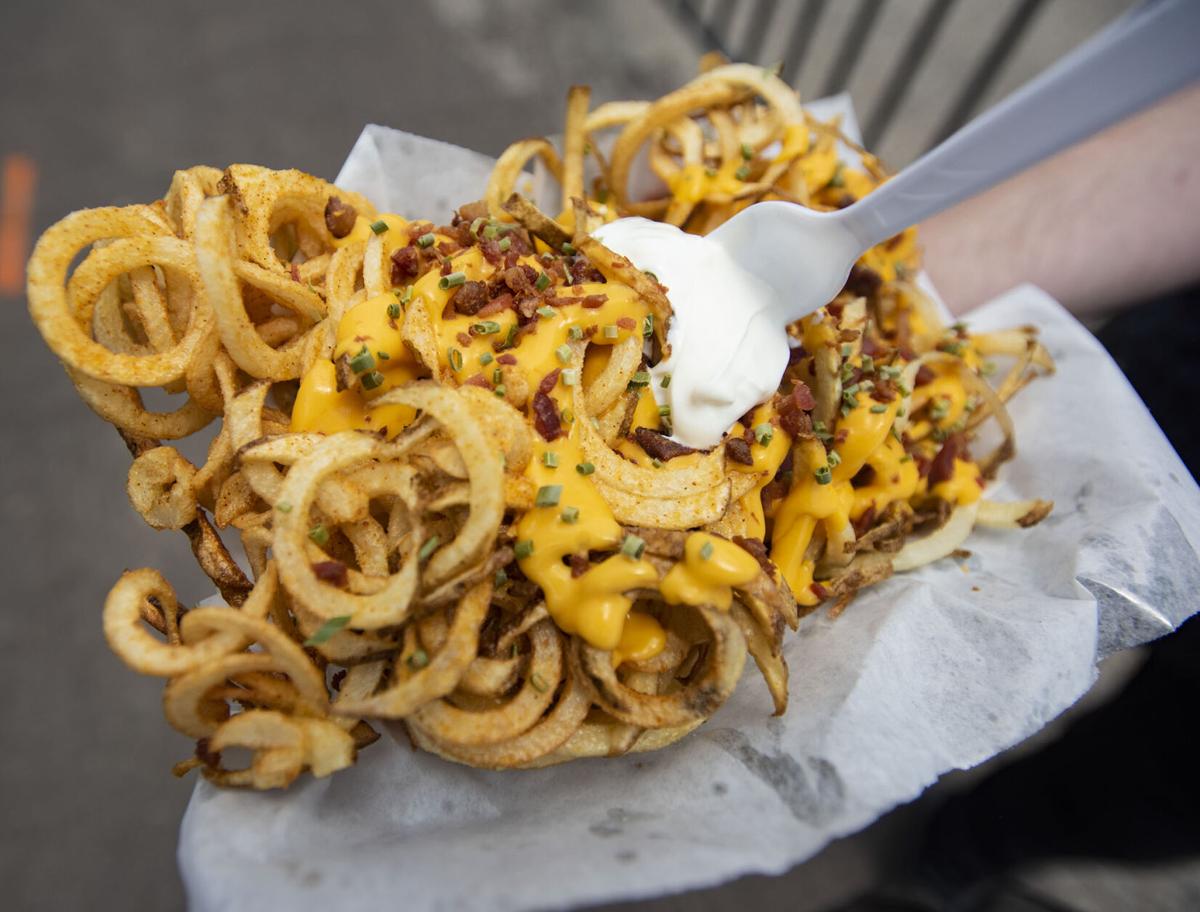 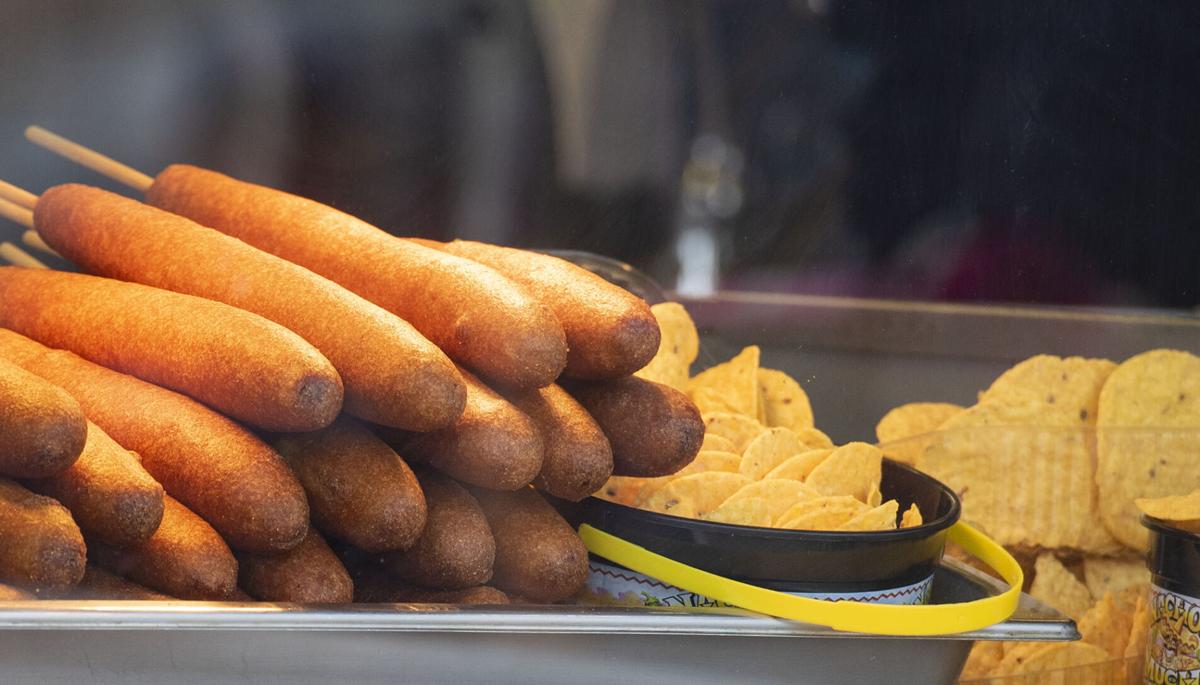 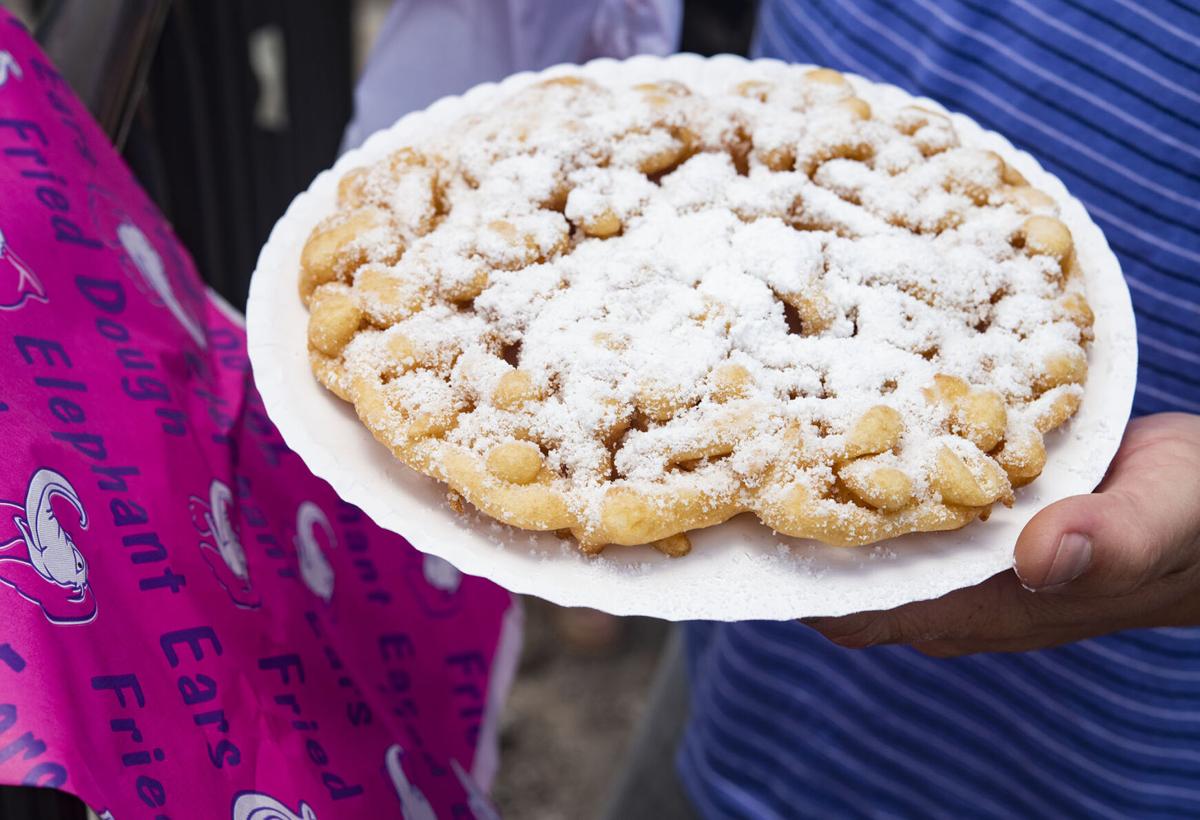 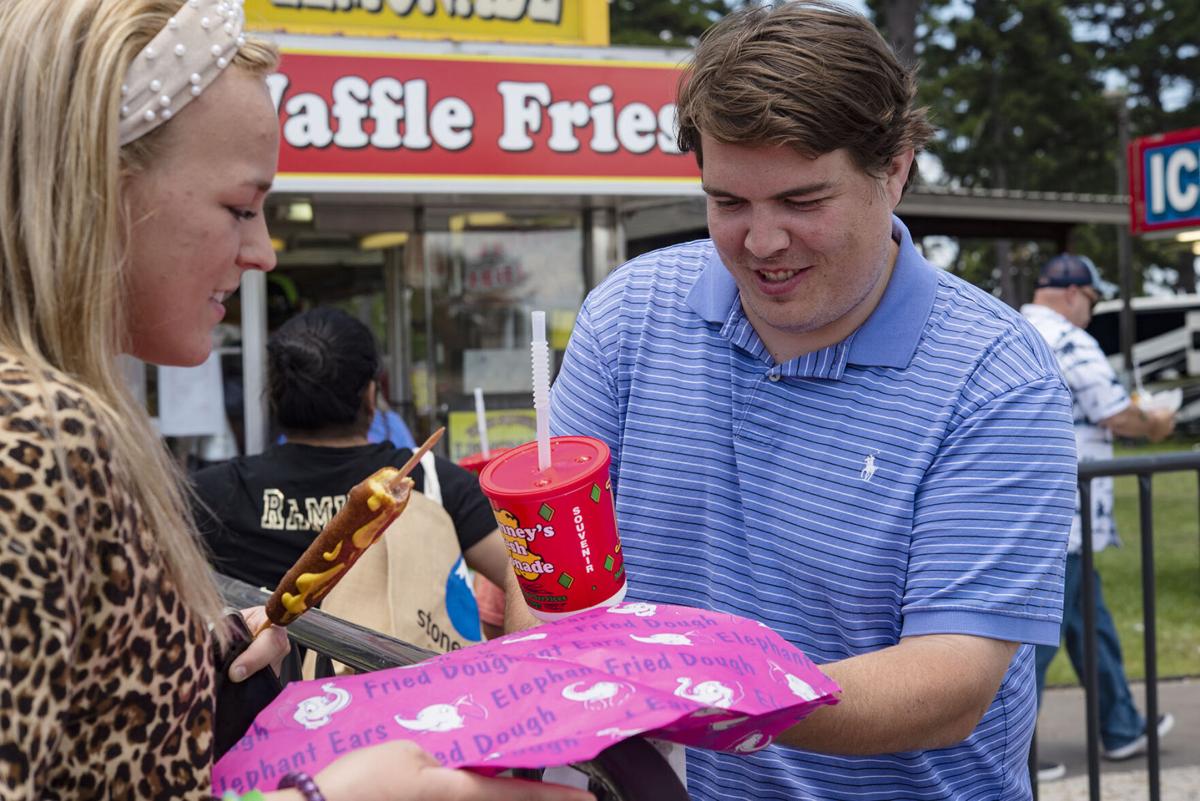 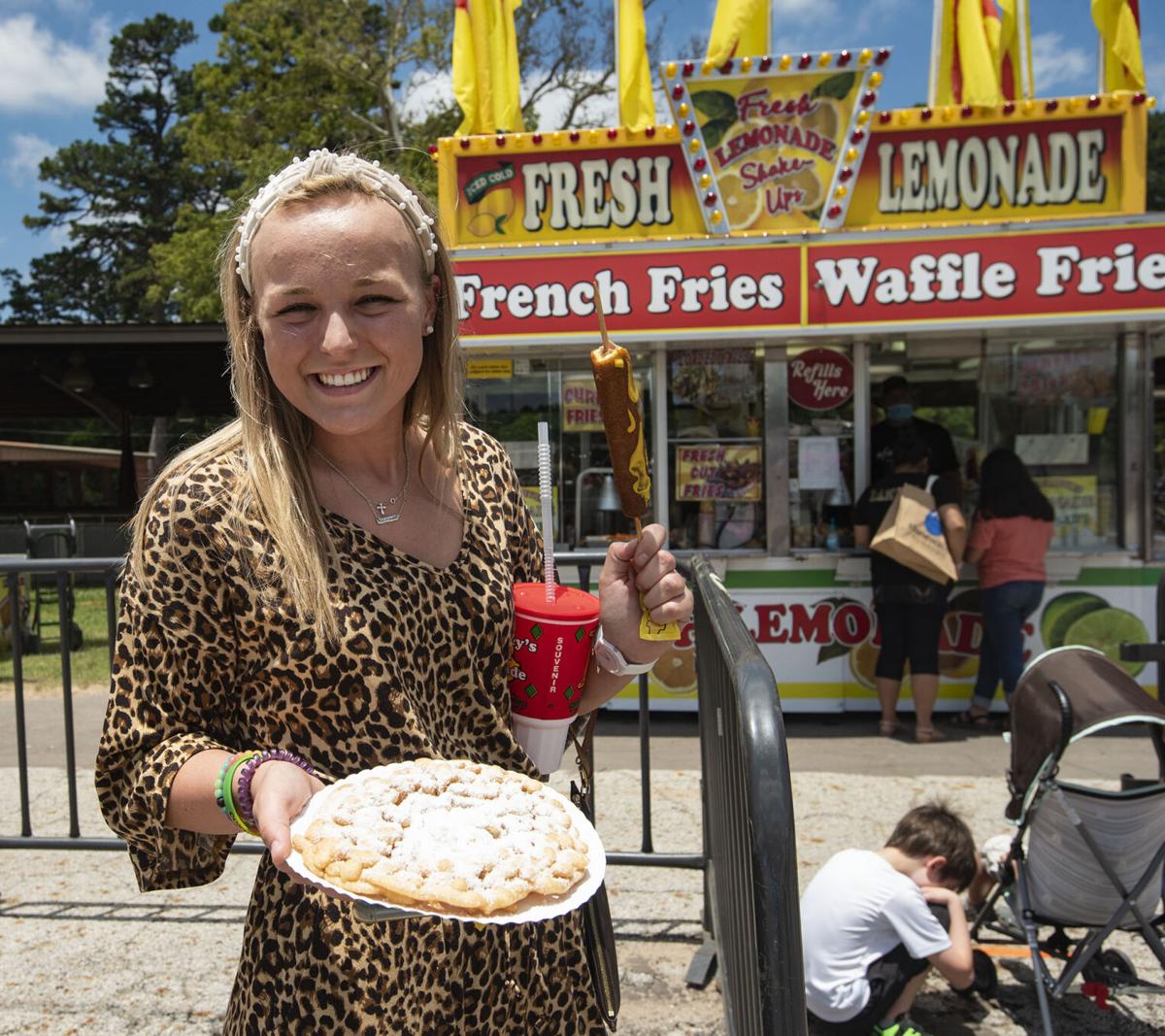 People eat turkey legs at Fair Food Drive-In Days, a special event held earlier this summer. The East Texas State Fair announced Tuesday that they’ll be hosting Taste of the Fair from 11 a.m. to 8 p.m. Thursday through Sunday, Sept. 24 through 27 and Oct. 1 through 4, so that East Texas State Fair food fans can get their fix even though this year’s fair was canceled.

The East Texas State Fair was canceled, but that doesn’t mean community members won’t get their beloved corn dogs and funnel cakes.

Organizers announced Tuesday that for two weekends in late September and early October, visitors will have the chance to swing by their favorite food vendors to grab turkey legs, funnel cakes, peach puppies and other fair classics to go.

Earlier this year, fair officials announced the cancellation of the fair for the first time since World War II due to COVID-19 concerns.

Taste of the Fair will run Thursday through Sunday from 11 a.m to 8 p.m. Sept. 24 to 27 and Oct. 1 to 4. Food stands will be open along Fair Park Drive at the East Texas State Fairgrounds.

Cody Rosenbalm, East Texas State Fair director of marketing, said the event will benefit the food vendors who have not been able to sell their products and raise money for the fair’s academic programs.

He said the weekend events will be three times bigger than the drive-thru held in June, which served as a test run.

“The food vendors are ecstatic,” Rosenbalm said. “They’re super excited about it. It’s going to be a much larger event than June.”

Ron McKinney, owner of McKinney Food Service, attended the event in June and said it was a success. He’ll be returning for the Taste of the Fair with his corn dogs, turkey legs and funnel cakes and nachos.

“I think everybody’s looking forward to fair food,” McKinney said. “I think it’ll be a big hit. We always like the Tyler area.”

McKinney has been attending similar drive-up events after event cancellations due to COVID-19. After Taste of the Fair in Tyler, McKinney said he’s going to Waco for a fair food event.

“We’ve been pretty much shut down other than the little small stuff,” he said. “Just holding on this year, and we’re hoping to start next year normal.”

Because spots for vendors were already reserved ahead of the canceled fair, the timing worked out perfectly for vendors to come out to sell their goodies, Rosenbalm said.

“To be able to do something is a little encouraging for our board, volunteers and hopefully for the community as well,” he said.

He added that vendors are experimenting with different items ahead of the food stand celebration. The response from the community has been awesome.

“I think people are excited to have something to do,” he said.

Seating will not be available and food will be to-go only. The grounds will have hand sanitizing stations and staff will adhere to social distancing rules. All attendees, staff and concessionnaires will have to wear masks.

A full menu is available here. Anyone seeking more information may contact the East Texas State Fair office at 903-597-2501 or email info@etstatefair.com.