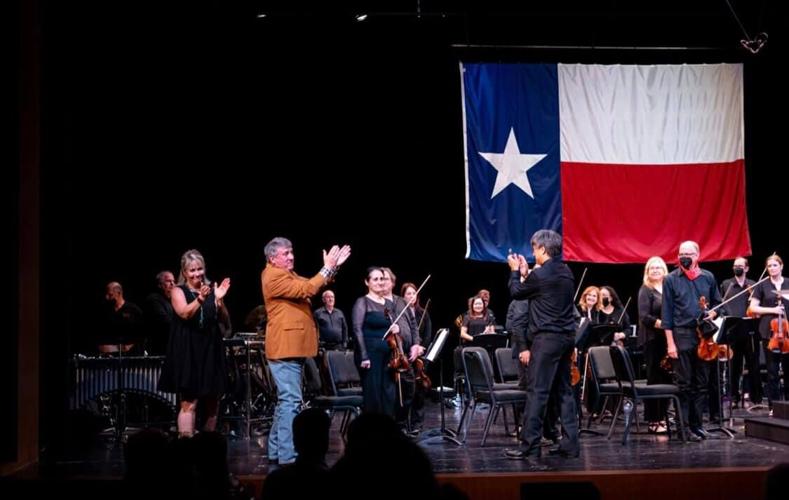 Texas Country Reporter’s Bob and Kelli Phillips clap along on stage as the ETSO performs “Deep in the Heart of Texas.” 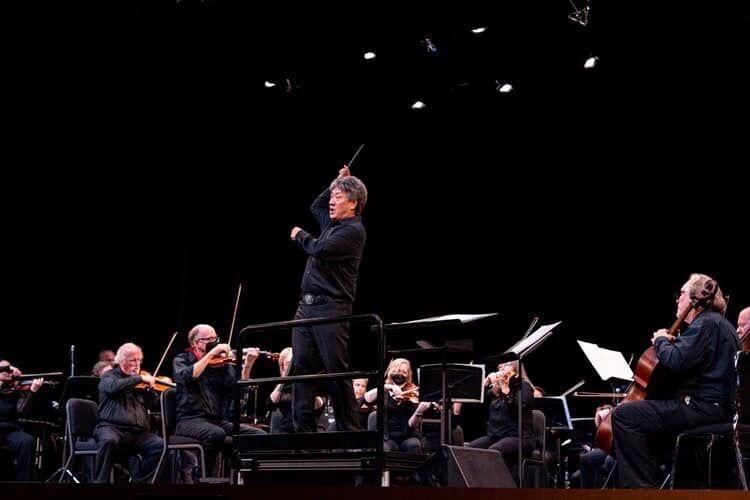 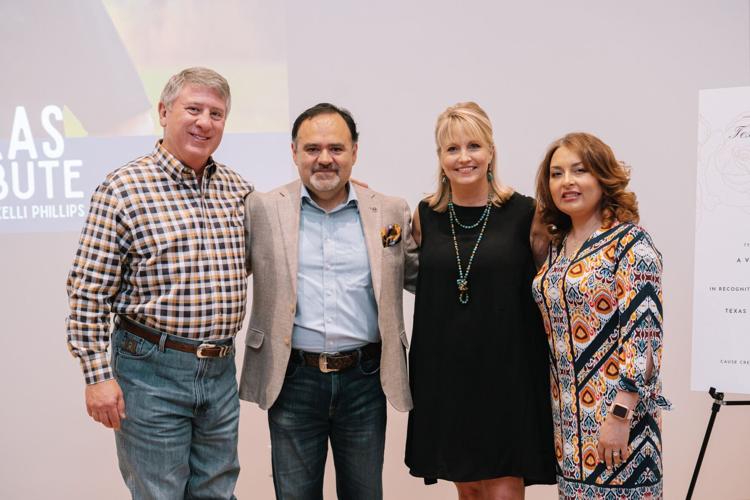 Texas Country Reporter’s Bob and Kelli Phillips clap along on stage as the ETSO performs “Deep in the Heart of Texas.”

“A Texas Tribute,” presented by Capital Farm Credit, is a traveling series performed with local orchestras throughout the state, with Tyler being the only East-Texas stop.

“What a joy it was to host and work with Bob and Kelli Phillips to celebrate the significant milestone of Texas Country Reporter and feature our talented orchestra,” said Dr. D. M. Edwards, board chairman of the East Texas Symphony Orchestra. “It was a feel-good experience from start to finish for everyone in attendance.”

With live narration from Kelli and Bob Phillips, Music Director Richard Lee and the East Texas Symphony Orchestra performed Texas-themed music, film scores and classical works that celebrate the history of the state and the stories shared through the iconic television series.

Included were favorites such as “The Yellow Rose of Texas,” “Deep in the Heart of Texas,” and “Texas, Our Texas,” along with “Hoe Down” from Rodeo by Aaron Copland and selections from The Alamo by Dmitri Tiomkin.

Each concert began with the reading of a proclamation from Texas Sen. Bryan Hughes, R-Mineola, recognizing and honoring the 50-year anniversary of Texas Country Reporter and the positive impact it has made for generations in the Lone Star State.

“We were thrilled to invite the community to celebrate this achievement for Texas Country Reporter and enjoy iconic music selections that honor our great state,” said Robin Hampton, Executive Director for the ETSO. “We’re also grateful to Tyler Junior College for embracing the ETSO and hosting the concerts in their beautiful, newly remodeled performing arts center. We look forward to our ongoing partnership with TJC!”

For more information about the event and the ETSO 2022/2023 season, visit ETSO.org.